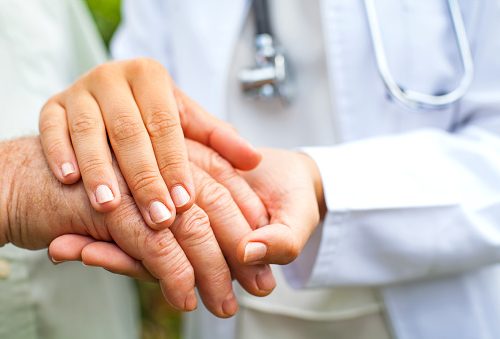 Involuntary muscle movements are often thought of as a twitch or spasm that occurs briefly but resolves on its own. However, there are many conditions where uncontrollable body movements become a persistent feature of everyday life and can affect almost any part of the body, including the neck, face, and limbs.

The muscles in the body function through a connection to your brain and spinal cord. When the brain fires signal for a particular muscle to contract and perform a function, it travels down a series of levels beginning at the motor cortex of the brain and terminating at the site of muscle innervation. If a problem occurs at any point along this chain, movement disorders can result.

There are cases affecting the physiology of the brain, caused by damage or something else that prevents proper signaling of muscle fibers. Other conditions that affect the ability of the muscle to perform their job may also be a factor. A disorder of the muscle fiber itself can also be a potential cause for involuntary muscle movements.

It is up to the diagnosing physician to look at all the presenting symptoms and determine, with the aid of diagnostic testing, the most likely cause of involuntary muscle movement.

What are the types of involuntary muscle movements?

A side effect of long-term antipsychotic medication commonly used to treat conditions such as schizophrenia and other forms of mental illness. The condition is characterized by involuntary, repetitive movements that include sticking out the tongue, smacking of the lips, or grimacing. Tardive dyskinesia may also be accompanied by rapid jerking movements or slow writhing movements. Not everyone taking antipsychotic medication will develop tardive dyskinesia, however, older people are at an increased risk.

Described as an involuntary shaking or somewhat rhythmic movement. Tremors are caused by muscle contraction and relaxation, involving twitching movements of one or more body parts. Tremors may affect any part of the body but commonly occurs in the hands as the result of a neurological condition. Another form of tremor occurs when teeth begin to “chatter,” usually caused by exposure to cold temperatures or fear.

Refers to involuntary quick muscle jerks or twitches. Myoclonic jerks can occur in healthy adults, and most commonly seen when falling asleep (hypnic jerk) or when hiccupping. Neurological disorders may also cause myoclonus, as can medication.

Characterized by involuntary slow, convoluted, writhing movements of the fingers, hands, toes, and feet. Some cases may involve movements of the arms, legs, neck, and tongue as well that have a significant impact on daily life. The condition is due to some type of injury or illness of the brain, particularly to the corpus striatum.

Described as sudden repetitive non-rhythmic movements. Tics are often classified according to the involvement of a small or large number of muscle groups, which may include the muscle responsible for speech. Tourette’s syndrome is commonly associated with motor and vocal tics that may disappear for short periods of time. Tics may also be caused by trauma or the use of certain drugs, such as methamphetamines.

Health conditions that may occur with involuntary muscle movement

A progressive degenerative disorder of the central nervous system, Parkinson’s disease mainly affects the motor system. The condition generally occurs slowly over time and is clearly recognized by obvious shaking (tremor), rigidity, slowness of movement, and difficulty walking. Advance stages of Parkinson’s disease are commonly accompanied by dementia, causing problems with the ability to think and remember.

The cause of Parkinson’s disease is not known, but it is believed to be caused by genetic and environmental factors. Treatment involves improving symptoms, however, anti-Parkinson medication tends to be less effective as the disease progresses.

Described as an abnormal involuntary movement disorder of the hands or feet and is comparable to dance-like movements. Affected patients often perform brief, abrupt, unpredictable, non-typical movements that may seem purposeful. Chorea can also interfere with parts of the body affecting speech, the ability to swallow, posture, and gait.

Chorea could worsen with anxiety and voluntary movement but subside during sleep. The condition is believed to be due to genetic causes, as it is seen alongside Huntington’s disease, Friedreich’s ataxia, and Rett syndrome. However, there are documented cases caused by cerebrovascular disease and HIV.

A term used to refer to a group of neurological disorders characterized by epileptic seizures. An abnormality of brain activity leads to the development of seizures or periods of unusual behavior, sensation, and occasional loss of awareness. Epileptic episodes can vary widely, as some cases may result in physical injury, potentially causing broken bones, while other cases involve patients simply staring blankly for a few seconds during seizures.

The causes of epilepsy are not known, but it can be attributed to brain injury, stroke, brain tumors, infections of the brain, and certain kinds of birth defects. Treatment often involves life-long seizure control, with some people outgrowing epilepsy altogether.

A broad term used to describe impairment or loss of motor function, tone, and posture as a result of brain damage that occurred in an immature or developing brain. This damage occurs while still in the mother’s womb, as those with cerebral palsy are born with it. However, there are cases where the development of cerebral palsy can occur after birth.

This condition affects muscle control, body movement, muscle coordination, reflexes, muscle tone, and balance. Additionally, cerebral palsy patients may have problems with swallowing, eye muscle imbalance, as well as suffering from a reduced range of motion due to muscle stiffness.

A stroke is defined as interrupted blood supply to part of the brain, depriving the tissue of the oxygen and nutrients it needs to survive. A stroke is considered a medical emergency and requires prompt treatment to minimize brain damage and potential complications. Symptoms of a stroke will depend on the area affected. For example, if the area responsible for muscle control on the right side of the body becomes damaged, the patient may have difficulty or a complete loss of movement of muscles on that side.

There are generally three types of stroke that can occur. The first and most common stroke is called an ischemic stroke, commonly resulting from a blood clot that travels to the brain, reducing blood supply. The second type is referred to as a hemorrhagic stroke and occurs due to a brain aneurysm bursting, causing blood to pool elsewhere in the skull. This can cause pressure damage on the cerebral structures in combination with decreased blood supply.

Characterized by damage to any part of the spinal cord or nerves at the end of the spinal canal. This often leads to changes in the spine’s function that can either be temporary or permanent. Changes may include loss of muscle function, sensation, and autonomic function.

Depending on the severity and damage of the spinal cord, symptoms may vary, possibly including pain, numbness, paralysis, and incontinence. Injuries at the level of the neck may result in quadriplegia (paralysis of all four limbs) with lower spinal cord injuries possibly resulting in paraplegia (paralysis of the lower extremities).

Defined as inflammation of the brain that can lead to several complications including the development of seizures, hallucinations, trouble speaking, memory problems, and hearing difficulties. There are many causes of encephalitis, but viral infection is the most common. Other causes include autoimmune disease, bacterial, fungal, and certain types of medication.

This condition is rarely life-threatening; however, a timely diagnosis and the use of appropriate treatments are very important.

This condition is believed to be an autoimmune disorder leading to the destruction of the protective covering around nerve fibers or axons, called myelin sheaths. Because of this, communication problems between the brain and the rest of the body lead to multiple sclerosis symptoms, with permanent damage to these nerves being an eventuality. Symptoms will depend on the types of nerves affected, which may lead to visual changes, tremor, paralysis, incontinence, and muscle spasticity.

Autoimmune disorders like this one result from innate immune cells being confused and thinking that normal structures in the body are actually foreign, leading immune cells to attack. The myelin covering never fibers can be compared to that of the protective coating found on electrical wires. and if it were to get damaged, the electricity could not reach its destination. When the protective myelin is damaged and the never fiber is exposed, the message that was traveling from the brain along the nerve may be slowed or blocked. Multiple sclerosis is thought to develop in people due to a combination of genetics and environmental factors. Signs and symptoms of the disease differ greatly from person to person depending on the location of the affected nerve fibers.

An inflammatory disease that typically develops shortly after a streptococcal throat infection. The condition can progress to involve the heart, joints, skin, and brain, and commonly affects five to 15-year-olds. Signs and symptoms include fever, multiple painful joints, involuntary muscle movements, and a characteristic rash known as erythema marginatum.

A condition of the thyroid gland, a butterfly-shaped gland located at the front of the neck. This gland is responsible for producing and regulating thyroid hormone, a key player in the control of your metabolism. When your thyroid gland produces too much thyroid hormone, it is referred to as hyperthyroidism, which can have several unwanted side effects. These include irregular heartbeat, restlessness, inability to concentrate, and difficulty sleeping.

How to treat involuntary muscle movements?

Treatment of a particular involuntary movement disorder will depend on the underlying cause. For example, if muscle twitches or spasms are due to dehydration or electrolyte imbalance, simply replacing fluids and electrolytes should resolve it. Injuries to the muscle causing spasms can be treated using anti-inflammatory medication (NSAIDs), muscle relaxants, or narcotics.

However, more serious conditions involving the brain and spinal cord require specifically tailored treatment to help control symptoms. In most cases of neurological disorders, symptoms tend to be permanent, with improvement to the quality of life being the main objective.

If you are currently living with an undiagnosed involuntary movement disorder, visiting your doctor to get an expert opinion on your condition would be a good course of action. Your doctor can help you find the most appropriate treatment and well and guide you through what to expect and how you can improve your own circumstances.