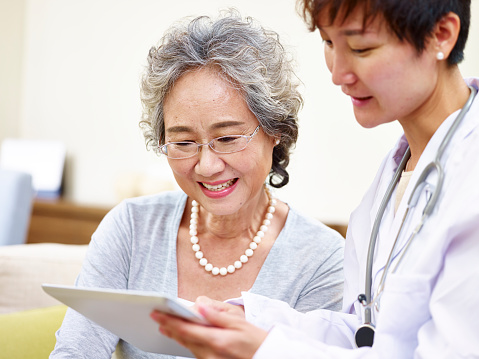 Alzheimer’s disease (AD) is a condition that destroys a person’s memory and other vital mental functions. It is the most common form of dementia, a broad category of brain disease that leads those affected to gradually lose their ability to think and remember.

An estimated five million Americans are affected by Alzheimer’s disease. This number is expected to increase to 60 million by 2050 in the U.S. alone.

What is more distressing isn’t the fact that it is an incurable disease or that there are limited treatment options, but that Alzheimer’s disease has an insidious onset, often not being recognized until it is too late.

A neuroscientist from Florida Atlantic University wants to change this. He has created an innovative program in the Comprehensive Center for Brain Health at FAU called the Dementia Prevention Initiative (DIP).

DIP is a two-year clinical trial with the aim of treating neurodegenerative diseases as a disorder that develops over
a lifetime and to individualize treatment to better promote brain function as we age.

This new program abandons traditional methods used to research and treat Alzheimer’s disease, and instead chooses to “think outside of the box.”

Treating patients individually instead of using one commonly used medication is key. The researchers chose to instead use a novel “N-of-1 design” that individualizes medicine down to a single patient.

This can be interpreted as, instead of treating 100 people with the same treatment, it is flipped around, with each of the 100-people getting a singular trial personalized to them.


“Because Alzheimer’s disease is heterogeneous in terms of risk factors, the age of onset, presentation, progression, and pathology burden, designing a study to treat individuals as a homogenous population requires thousands of patients who have to be followed for years and even decades. This approach is very costly and burdensome on clinicians and patients,” said James E. Galvin, M.D., M.P.H., associate dean for clinical research in FAU’s Charles E. Schmidt College of Medicine.

Taking cues from other treatment plans

This form of therapy is not so different from the personalized care that cancer patients receive. Individuals are assessed based on their unique risks, genetic traits, biomarkers, socio-demographics, lifestyle choices, and co-existing medical conditions. This allows for each treatment plan to be patient specific and individually tailored.
This new approach to Alzheimer’s treatment also extends to preventing disease development.

“While we know that a well-balanced, healthy lifestyle may be the cornerstone of disease prevention and brain health, each risk factor such as vascular, lifestyle choices, psychosocial behavior may both act independently and potentiate the effects of each other. Therefore, a prevention initiative needs to be multimodal and tailored to address individual risks,” said Galvin.

Related: Reduce your risk of Alzheimer’s disease by doing this one thing