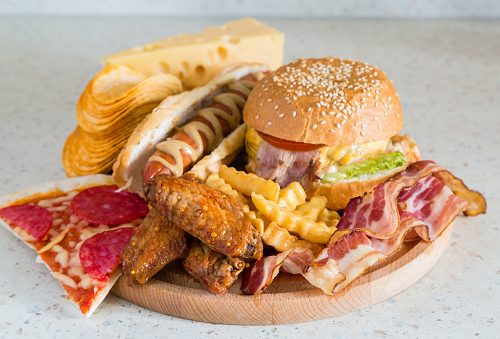 The causes of Alzheimer’s are not known, but it’s thought to be a combination of lifestyle, environmental, and genetic factors. The condition often leads to increased forgetfulness or mild confusion in the initial stages, but over time, it robs you of your memory and cognitive ability. Early research in mice has found a link between this neurodegenerative disease and the consumption of a western diet.

Unknown cause of Alzheimer’s disease

While the exact causes of Alzheimer’s aren’t known, its effects on the brain have been documented. The disease damages and kills brain cells, leaving fewer neuronal connections among surviving cells. Alzheimer’s also leads to significant brain shrinkage and to the accumulation of protein plaques called beta-amyloid and neurofibrillary tangles.

Having a family history of Alzheimer’s is one of the most significant risk factors for disease development. The risk is even higher if a first-degree relative has the disease. Mutations in three genes have been identified, with the strongest gene linked to Alzheimer’s being apolipoprotein e4 (APoE4). It is important to note that not everyone with this mutated gene will develop Alzheimer’s—it only increases the chances of late onset of the disease.

A new research study into APoE4 suggests that perhaps changing your lifestyle habits could reduce the risk of Alzheimer’s disease development.

The researchers looked closer into environmental factors that also increase the risk of dementia by investigating the interaction between APoE4 and obesity in mouse models. Obesity has previously been found to be associated with an increased risk of dementia development.
The mice used in the study carried the human version of APoE4 or the more common human version APoE3. They were separated into two groups accordingly.

The researchers found that the APoE4 carrying mice who were fed a western diet high in saturated fat and sugar for 12 weeks had increased deposits of beta-amyloid protein as well as a greater number of glial cells—both characteristic of Alzheimer’s disease.

These changes were not observed in the APoE3 mouse group, who were also fed the same diet.

While more research into this association is needed, the researchers think that carriers of APoE4 are more susceptible to the effects of obesity on Alzheimer’s disease.