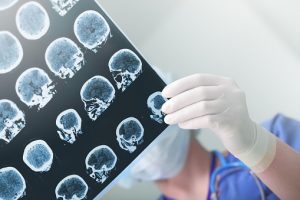 You’re often advised to lower your cholesterol levels because it can result in a heart-related complication. But studies have revealed that having high cholesterol may contribute to a higher Alzheimer’s disease risk.

The findings were published in Nature Chemistry and they describe how cholesterol in the brain may act as a trigger for toxic clusters known as amyloid-beta proteins, which are a key player in the development of Alzheimer’s disease.

The researchers found that cholesterol triggers amyloid-beta molecules to aggregate, which leads to the formation of amyloid plaque. This plaque is toxic to the brain and leads to the death of brain cells.

Lead author Michele Vendruscolo explained, “The levels of amyloid-beta normally found in the brain are about a thousand times lower than we require to observe it aggregating in the laboratory — so what happens in the brain to make it aggregate?”

Vendruscolo concluded, “The question for us now is not how to eliminate cholesterol from the brain, but about how to control cholesterol’s role in Alzheimer’s disease through the regulation of its interaction with amyloid-beta. We’re not saying that cholesterol is the only trigger for the aggregation process, but it’s certainly one of them.”

This is just another reason to work towards reducing your cholesterol. Not only is it dangerous for your heart health, but for your brain too.