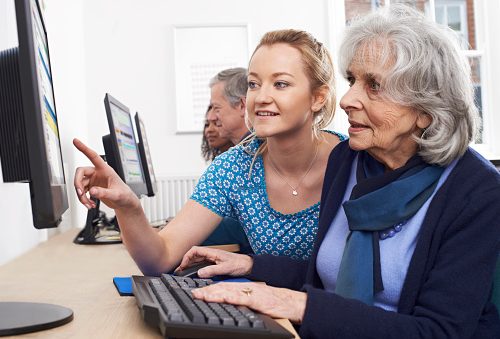 We are all forgetful from time to time, but there are certain things that we would never forget, like the place where we grew up and the faces of the people closest to us. However, this isn’t the case for those suffering from Alzheimer’s disease, a progressively debilitating disease that causes those affected to lose their memories.

The cause of Alzheimer’s disease is largely unknown, with many of the proposed treatments not living up to expectation. However, perhaps finding a magic pill is not the best path for treatment as new research finds that the incidence of Alzheimer’s disease in the UK is falling and that is believed to be due to improvements in education, smoking reduction, and better diet and exercise.

Alzheimer’s disease is a form of dementia, a chronic neurodegenerative condition that leads to difficulty in remembering recent and past events, including problems with language, behavioral issues, and difficulties with self-care. Nearly 70 percent of all cases of dementia are due to Alzheimer’s disease, with an estimated 5.1 million Americans affected.

Alzheimer’s disease is quite a debilitating condition that not only affects the individual but also places a burden on family and loved ones. Dementia patients are incapable of taking care of themselves. Managing finances, cooking meals, and even going grocery shopping is extremely difficult tasks for Alzheimer’s patients who need constant supervision to help compensate.

“Many studies have shown that certain risk factors are more common in people with Alzheimer’s disease, but determining whether these factors actually cause Alzheimer’s is more difficult. For example, many studies have shown that the more years spent in full-time education, the lower the risk of Alzheimer’s. But it is difficult to unravel whether this is an effect of education improving brain function, or whether it’s the case that people who are more educated tend to come from more wealthy backgrounds and therefore have a reduction in other risk factors that cause Alzheimer’s disease,” says Professor Hugh Markus from the Department of Clinical Neurosciences at the University of Cambridge.

To identify the factors that are most likely causing Alzheimer’s disease, the researchers looked at the DNA of 17,000 patient for genetic variants and compared it to environmental risk factors associated with disease development. These factors included gene links to educational attainment or genes linked to smoking.

The strongest association was found with educational attainment. This essentially told the researchers that improving education can reduce the risk of Alzheimer’s disease and can have a significant effect on reducing the number of people suffering from it.

Associations between other environmental risk factors such as smoking, vitamin D, and alcohol and coffee consumption proved inconclusive.

The researchers go on to say that at the moment, the exact ways in which education might reduce Alzheimer’s is not known, but a definite link exists. It is possible that that education helps improve brain wiring and networks, but this is something that would require more researcher to find out.