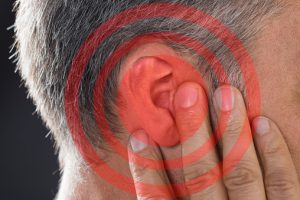 Hearing loss can make day-to-day life quite challenging. It can impair your ability to enjoy your favorite song, watch your favorite television show, and hold a conversation. People with hearing loss may try and avoid social settings due to the difficulty they face hearing and understanding those around them. As a result, they may feel alone and isolated.

But these feelings of loneliness and isolation become amplified. Research has uncovered hearing loss can increase the risk of memory loss, thinking problems, and dementia.

The most recent study focused on older adults who were at risk for Alzheimer’s disease. They found that individuals who were diagnosed with hearing problems had a higher risk of cognitive impairment over the course of four years.

The researchers explained that this cognitive impairment wasn’t mild at all. Professor of age-related disease, Clive Ballard, said, “They are in the lowest five percent of cognitive performance and about 50 percent of those individuals will go on to develop dementia.”

The American researchers looked at the cognitive abilities of 783 cognitively healthy individuals. Over two-thirds of them had one parent who was diagnosed with Alzheimer’s disease.

This isn’t the first study to link auditory abilities to cognition. Other studies have found that more severe hearing loss was linked with the onset of dementia.

What is still unclear is the exact mechanisms that contribute to dementia in hearing loss. Does hearing loss trigger dementia or does dementia lead to hearing loss? It is unclear whether or not treating hearing loss could prevent or delay the development of dementia.

Other studies have uncovered changes in speech fluency as a result of thinking and memory problems. Eating a healthy diet may delay dementia or reduce the risk of cognitive impairment, and bad lifestyle habits like smoking may trigger cognitive impairment too.

In the meantime, if you’ve experienced changes in your hearing ability, you will want to see your doctor.

Type of dementia may be uncovered with noninvasive brain test