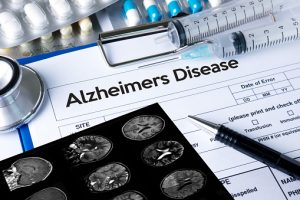 Professor Rhonda Au of Boston University is developing a new way to detect the development of dementia and Alzheimer’s disease through the use of wearable devices. These digital devices are designed to collect data from individuals over a period of time which Au can then analyze with the goal of marking the small physical changes that signify the mental decline associated with Alzheimer’s and dementia.

The current lab-based testing methods are difficult and do not provide a complete picture of the progression of the illness, as cognitive decline can worsen from one day to the next. These existing lab tests only provide physicians with a small glimpse into their patients’ condition, and do not take into account smaller nuances that may signify the worsening of cognitive decline that can develop into preclinical Alzheimer’s. Au hopes to use these wearable devices to track the mental and physical changes that occur throughout the wearer’s daily life in order to identify any significant markers that are associated with the disease.

Au’s research was recently funded so that she may track 2,200 volunteers over the course of three years, with the hope that the data collected will help develop methods of detecting mental decline that does not yet meet the definition of Alzheimer’s disease, known as preclinical Alzheimer’s.

Neurologist David Knopman of the Mayo Clinic explained the importance of detecting preclinical Alzheimer’s, stating, “The idea of preclinical Alzheimer’s disease is that, for people who are destined to develop dementia due to Alzheimer’s disease, in the years before they become overtly cognitively impaired, there might be subtle things that change in their daily behavior that, if we knew what to look for, would disclose who might be at risk.”
Identifying those at higher risk for developing Alzheimer’s disease could lead to earlier intervention strategies that may help to slow the progression of or even prevent the development of the disease. Au has partnered with multiple technological firms and is utilizing devices that can measure sleep, balance, fall risk, and heart rate, and has also developed smartphone applications to help test cognitive ability while at home.

Utilizing the mass of data collected, Au hopes to discover relationships and connections between specific changes and the development of Alzheimer’s disease, with the end goal being earlier detection and intervention in order to preserve cognitive function.