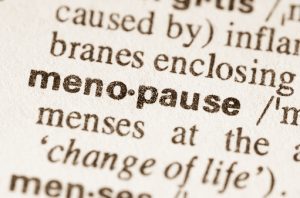 The University of Eastern Finland has found an association between postmenopausal estrogen-based hormone therapy and a decreased risk of Alzheimer’s disease. Alzheimer’s is one of the most prevalent forms of dementia, especially among women, so these findings indicate that the female sex hormones—estrogen and progesterone—may be useful in preventing its onset and preserving cognitive ability in women.

This link was discovered using a variety of studies that followed approximately 230,000 Finnish women that were undergoing long-term postmenopausal estrogen-based hormone therapy over the course of 20 years. This long-term use of hormone replacement therapy was linked with better global cognition and episodic memory, as well as a lower risk of developing Alzheimer’s.

However, short-term use was found to have no significant impact on the risk of dementia, meaning the treatment’s protective effects were only seen if done consistently over a long period of time. Also, one cohort displayed an increased risk of dementia after starting hormone therapy later in the postmenopausal period, meaning timing is also an important factor.
Dr. Bushra Imtiaz, who presented the studies and their findings in her doctoral thesis, commented on the results: “In light of these findings, hormonal replacement therapy may have a beneficial effect on cognition if started early, around the time of menopause. The protective effect of hormonal therapy may depend on the health status of neurons at baseline and may be lost if therapy starts years after menopause.” She further commented on the potential importance of the timing of starting therapy, explaining, “The protective effect of hormone therapy may depend on its timing: it may have cognitive benefits if initiated at the time of menopause when neurons are still healthy and responsive.”

This research shows that long-term postmenopausal hormone therapy may be useful in preventing or slowing cognitive decline and the progression of dementia, so long as treatment begins at the right time.