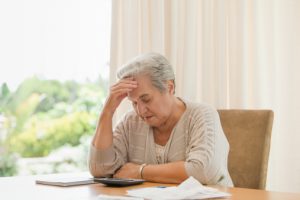 If you’re getting many hours of shut-eye and still can’t seem to function the following day because of fatigue, you may have hypersomnia. Don’t get it confused with insomnia, which is the inability to sleep; hypersomnia is the opposite, but still leaves you extremely tired.

Hypersomnia can affect your day-to-day life and prevent you from enjoying the things you once loved. How can you take your grandchildren to the park when all you really want to do is nap? How can you enjoy a movie when your eyes are beginning to close during the opening title? 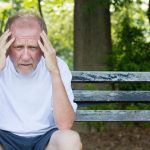 The definition of hypersomnia is the feeling of extreme tiredness either chronically or in reoccurring episodes. Hypersomnia leaves people feeling tired even after a good night’s sleep. Hypersomnia can either be a stand-alone condition or be brought on by a pre-existing condition such as sleep apnea or other sleep disorders.

Hypersomnia makes it difficult for people to perform tasks during the waking hours as they are simply too exhausted. This, unfortunately, can lead to injury and other health concerns.

As discussed, there are two types of hypersomnia: primary and secondary.

Primary hypersomnia: The first type of hypersomnia is primary, when hypersomnia exists on its own. Individuals continue to feel tired, even though they are sleeping at night.

Secondary hypersomnia: The secondary type of hypersomnia occurs when a pre-existing medical condition, like sleep apnea, is present. Illnesses that cause poor quality sleep can result in the individual sleeping for many hours but not going through the necessary sleep cycles they need to awaken refreshed and energized. Such conditions include Parkinson’s disease and kidney failure. 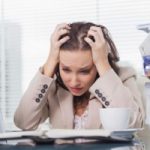 Aside from extreme fatigue, there are other symptoms of hypersomnia to be aware of. They include:

If you have experienced any of the signs and symptoms of hypersomnia, it may be time to get them checked out, but first you should know if:

If you’ve been experiencing the signs and symptoms of hypersomnia and fit into the above three criteria, then your doctor will suggest further testing or make a diagnosis of hypersomnia.

Natural treatments for hypersomnia include getting as much sleep as possible – napping may be a viable option. Stick to a set sleep schedule to ensure maximum sleep and keep your body in a routine. Avoid the use of alcohol, drugs and medications that may disrupt sleep even further. Be vocal about your condition with loved ones, so they are aware of what you are going through and will be more accepting of your challenges.

Another form of treatment for hypersomnia is to eat a well-balanced, nutritious diet, so the nutrients from the food will also promote energy within the body.

Living with hypersomnia can be difficult; you simply don’t have that get-up-and-go that you once had. Also, your exhaustion may even prevent you from leaving the house. Understanding hypersomnia, along with the most common causes and the signs and symptoms of hypersomnia, can give you a better chance at treatment success.

If you’ve been waking up daily and it feels like you haven’t slept in years, it may be time to speak with a doctor about your condition. Considering there are two types of hypersomnia, your doctor will check to see if the hypersomnia is on its own or brought on by an alternative re-existing medical condition.

But overall, you should never wake up tired. If your fatigue never seems to leave, seek out help. Life is better when you’re fully awake and able to play an active role!

If you lack energy, these foods could be the reason

If you’ve managed to get in your eight hours of sleep last night and still can’t get through your day without reaching for numerous cups of coffee, sleep may not be to blame. Of course, rest is important for your energy, but what you eat also plays a huge role in keeping you going and enjoying the activities you love. Continue reading…

How to sleep well without sleeping pills

A good night’s sleep is nature’s best medicine. But unfortunately, many Americans find it difficult to get their six to eight hours of shuteye. The problem with sleeplessness is that it gets worse as one grows older. Continue reading…