Home » General Health » Sleep problems? Why napping is good for your health 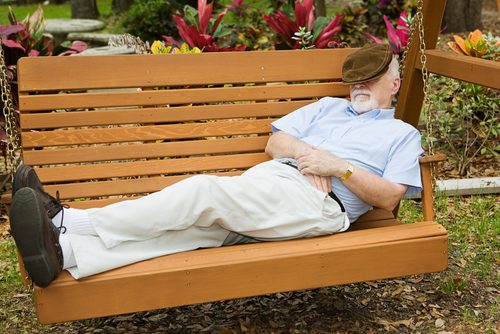 Does a poor night’s sleep have you feeling sleepy by midday? Or yawning your way through the morning? Here’s a good excuse to take a nap.

New research has found that the negative health effects of a sleepless night may be remedied by just 40 winks.

In a study involving 11 male participants and published in the Journal of Clinical Endocrinology & Metabolism (JCEM), researchers discovered that those who received only two hours of sleep nightly could combat the hormonal havoc brought on by poor sleep. That’s if they took a couple of brief naps during the day.

Participants had to undergo two sleep sessions in a lab. In the first session, they only received two hours of sleep before having their urine and saliva measured and analyzed for hormonal changes.

In the second, they still received only two hours of sleep, but they also took two half-hour naps the following day.

Whenever the men slept for just two hours, they experienced a two-and-half increase in norepinephrine, which is a hormone and neurotransmitter that responds to stress. Such an increase can raise your body’s heart rate and blood pressure significantly. These same men also had low levels of the protein interleukin-6, which is critical for having a proper immune response.

On the other hand, whenever the men were sleep-deprived, only napping the following day, they showed no changes in either their hormone or protein levels. This puts them in a better position to fight off sickness.

A Harvard study in 2010 suggested that dreaming may reactivate and reorganize recently learned material, which would help with better memory and mental performance. Study volunteers learned to navigate a complex maze. When they were asked to take a break from the activity, some were allowed to nap while others weren’t. When the volunteers went back to tackle with the maze again, only those who dreamed about it during their naps did better.


Ways to nap and get the sleep you need

Today, more than 85 percent of mammals are what’s called polyphasic sleepers. That means that they sleep for shorter periods during the course of the day. Planned napping, also known as preparatory napping, involves taking a nap before you even get sleepy. You can do this whenever you know that you’ll be up later than normal or, at the very least, as a way to ward off getting tired earlier.

Emergency napping, meanwhile, happens when you suddenly become tired and can’t continue a particular activity. This kind of nap can be used to combat drowsy driving or fatigue while using heavy machinery.

Finally, habitual napping is practiced whenever a person takes a nap at the exact same time every day. For example, young children may fall asleep at the same time each afternoon, or an adult might take a short nap after lunch daily.

However you decide to nap, you should strive for 20 to 30 minutes of sleep. This type of nap improves alertness and performance, as well as your memory, without leaving you feeling groggy or interfering with your sleep.

Another tip is to make sure that you have a comfortable place to lie down and that the room temperature is just right. If you can, try to limit the amount of noise you can hear and the amount of light that comes in.

Remember, too, if you take a nap too late in the day, it might affect your nighttime sleep patterns, making it difficult to fall asleep at your usual bedtime. And if you try to take a nap too early in the day, your body may not be ready for extra sleep at all.

Of course, the latest findings suggest that taking a nap can restore your hormone levels and improve your immune system. All good! The benefit of better memory is also a bonus.

Still, to avoid the sluggishness and the medical issues that can result from not getting enough sleep, try to get the recommended amount of quality sleep in the first place. Yes, that means seven to nine hours every night!

What a cold sore says about your memory

Cold sores are not only unsightly to look at and uncomfortable, they can be a sign of serious health problems. Learn how cold sores can affect your memory

Scientists have identified a compound from hops, the flowers of the hop plant used to flavor and preserve beer, which could prevent brain cells from damage. So the potential is there for slowing the development of brain disorders like Alzheimer’s and Parkinson’s diseases. More about why beer is good for you

How’d you sleep last night? Like a baby or as if your mattress was a bed of nails? Was the tossing and turning too much and did you wake up feeling exhausted?..read more

Remember the tale of the young princess who pricks her finger on a spindle only to fall into a deep sleep that can’t be awoken until she is kissed by her true love?…read more