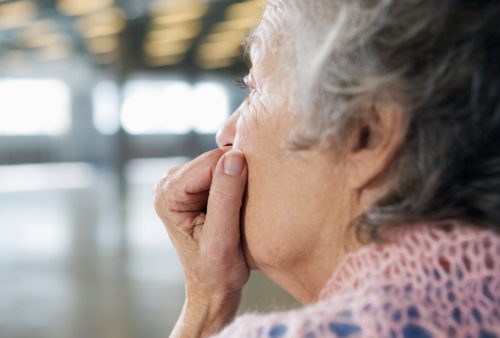 Getting older is never easy. We get tired more quickly, become less physically capable, and unfortunately, lose our youthful appearance. While both men and women have to deal with the negatives that come with aging, women have a much harder time, as they also have to go through a transitional phase called menopause.

A new study has found that hormone therapy, a commonly used treatment for managing menopause, can cut the risk of depression symptoms in women going through menopause and early post menopause.

Menopause is a natural phenomenon that occurs in all women at some point in their lives. It can happen in your 40s or 50s, with the average age of onset being 51 in the United States. This biological process comes with its fair share of annoying physical and emotional side effects, the most common of which is hot flashes.

Menopause is defined as occurring 12 months after the last menstrual period and marks the end of menstrual cycles. It often results in a slew of signs and symptoms that can last for months or even years. The following are some examples:

Menopause occurs due to the natural decline of reproductive hormones, specifically estrogen and progesterone. These hormones previous regulated the menstrual cycle but begin to decline during the menopausal age range. Other scenarios can induce menopausal-like symptoms, such as having a hysterectomy, chemotherapy, and primary ovarian insufficiency.


Menopause plays a role in mood

Depression or low mood is a common feature of menopause, with most experts estimating a two-to-four times increase in depressive symptoms. Susan Girdler, the co-principal investigator on the study, says that there are essentially two main factors that predict whether a woman experiences fewer depressive symptoms while on hormone therapy. One being when in perimenopause (the transitional period to menopause) and the other is having experienced a significant life stress, such as having a loved one die.

What was most surprising was the fact that the women with a past history of major depression did not appear to have an increased risk of depressive symptoms when on hormone therapy.

The study in question involved 172 women who were either perimenopausal or recently postmenopausal between the ages of 45 and 60. They wanted to see if hormonal therapy had any effect on depression.

Two groups were made: women were randomly selected to either wear an estrogen patch or a placebo. Those on estrogen were also given progesterone every three months to offset their risk for endometrial cancer (a complication that can occur with unopposed estrogen therapies).

To assess the women’s mood, questionnaires were filled out that identified any clinically significant depressive symptoms.

“Thirty-two percent of women randomized to treatment with a placebo experienced clinically significant depressive symptoms. But for women randomized to hormone therapy, the risk was cut nearly in half, to 17 percent,” said Susan Girdler, a professor of psychiatry at the University of North Carolina at Chapel Hill.

Menopausal fatigue: Symptoms and tips to beat fatigue during menopause