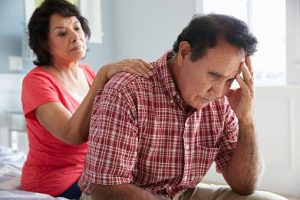 In the past, research has shown no association between lowering blood pressure and a reduced risk or effect of dementia. There is evidence, though, to show that hypertension in middle age can increase the risk of developing dementia later in life.

However, there are some unanswered questions. One of these is exactly what is classified as middle age, as studies in the past have defined this range as anywhere from 35 to 68 years of age. Another question left unanswered is the effect of blood pressure as an indicator of dementia risk, as opposed to hypertension medication.

The study consists of 6,895 men and 3,413 women, aged 35–55 at the outset of the study. The participants’ blood pressure measurements were taken in a sitting position, after five minutes of resting. Both systolic and diastolic blood pressure was measured twice at each follow-up. The status of patients’ dementia was analyzed by using the data from three national health databases.

This study also shows the importance of specifying the ages defined by “middle age.” The results found that the participants showed an increased risk of dementia when suffering from hypertension at age 50, but there was no increased risk in those aged 60. They were unable to examine, in this study, whether treating and controlling high blood pressure in younger years had any effect on decreasing the risk of dementia later on.

Past research has also connected the increased risk of dementia in those who suffered from hypertension in middle age with cardiovascular disease. This study found, however, that the increased risk of dementia remained in the elderly in those who had experienced high blood pressure problems in middle age even if they had no signs or symptoms of cardiovascular disease.