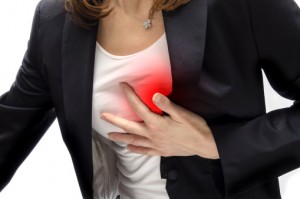 Heart disease encompasses many conditions that affect the heart, such as coronary artery disease and heart defects, to name a few. Heart disease can affect many areas of the heart, including the heart’s muscle, valves and even rhythm. This past year saw many advancements in the area of heart disease, from new prevention methods to treatment breakthroughs, all necessary in bringing us closer to reducing the cases of heart disease faced by Americans.

Heart disease can claim lives and it is through research that we understand more about the disease in order to help boost recovery as well as keep the number of cases down.

Below are Bel Marra Health’s top heart disease news stories of 2015. We hope that by spreading such information it will lead to a positive outlook in 2016 and help reduce the number of those affected by the serious disease.

New research has identified a gene that can increase stroke risk in women with heart disease.

Heart disease and stroke risk in women is higher if an artery disease-causing gene is present. Heart disease is the primary cause of death within the U.S., and a person dies from a heart disease-related event every minute. To prevent heart attack it’s important to understand what increases a person’s risk.

Researchers identified a gene called BCAR1, which is involved in many processes within the body that are affected by estrogen. Researchers from the University College of London studied a group of genes which were previously linked to increased risk of artery disease. The researchers examined data from nearly 4,000 men and women, comparing their genes and artery thickness and health.

A recent study found that air pollution can lead to heart disease. 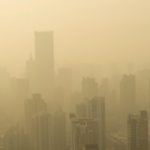 The findings were published in the journal Environmental Health Perspectives where researchers suggest even the smallest increase in these dangerous air particles can increase the overall risk of death from all causes by three percent. Furthermore, risk of death by heart disease increases by 10 percent.

Lead study investigator George Thurston said, “Our data add to a growing body of evidence that particulate matter is really harmful to health, increasing overall mortality, mostly deaths from cardiovascular disease, as well as deaths from respiratory disease in nonsmokers. Our study is particularly notable because all the data used in our analysis comes from government – and independently held sources.” Learn More

Blood Pressure and Heart Disease: The numbers you need to check daily to prevent heart disease 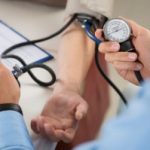 There is new research suggesting that not only is high blood pressure an indicator of poor health, but fluctuations in blood pressure – high to low and vice versa – could also be a sigh of higher heart disease risk or even early death.

The findings were published in the Annals of Internal Medicine, where researchers examined data of a major trial that used medications for high blood pressure and high cholesterol. For the study, 26,000 people had their blood pressure readings recorded at five, six or seven visits between six to 28 months after the study began.

Researchers found that stress experienced during childhood can increase the risk of health issues in adulthood. 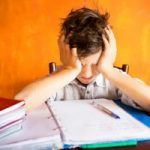 Childhood trauma – or experiencing mental stress – has been found to raise the risk of heart disease, stroke and diabetes in adults. The findings were published in the Journal of the American College of Cardiology.

Study author, Ashley Winning, said, “The most striking and perhaps sobering finding in our study is that high levels of childhood distress predicted heightened adult disease risk, even when there was no evidence that these high levels of distress persisted into adulthood. Greater attention must be paid to psychological distress in childhood. It is an important issue in its own right and may also set up a trajectory of risk of poor health as people age.” Learn More

A new study shows that positive emotions are linked to heart health-friendly choices. 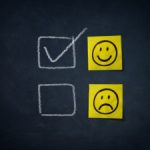 Participants’ psychological states were assessed at the beginning of the study as a baseline and then once again after five years. Participants were to report the extent to which they had felt 10 positive emotions, including feeling interested, proud and inspired. Medication adherence, sleep quality, alcohol and cigarette consumption were also reported at the beginning of the study and again at the follow-up five years later. Learn More