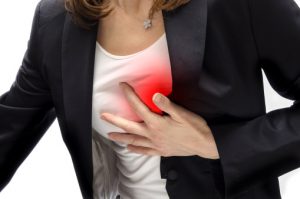 Heart disease and stroke risk in women is higher if an artery disease-causing gene is present. Heart disease is the primary cause of death within the U.S., and a person dies from a heart disease-related event every minute. To prevent heart attack it’s important to understand what increases a person’s risk.

Researchers identified a gene called BCAR1, which is involved in many processes within the body that are affected by estrogen. Researchers from the University College of London studied a group of genes which were previously linked to increased risk of artery disease. The researchers examined data from nearly 4,000 men and women, comparing their genes and artery thickness and health.

Of the study group nearly 33 percent of the women had the high risk GG gene version of BCAR1.

Senior researcher, Dr. Shannon Amoils, said, “Heart disease is often seen as a disease which predominantly affects men, but this is simply not the case. We know that women have a lower overall risk of coronary heart disease compared with men, but as this study shows, women do get coronary heart disease, and it is important to find out more about the factors that increase their risk. […] It is imperative that heart disease is seen as a disease which can affect anyone regardless of their gender and that everyone takes steps to help prevent it.”

The findings were published in Circulation: Cardiovascular Genetics.