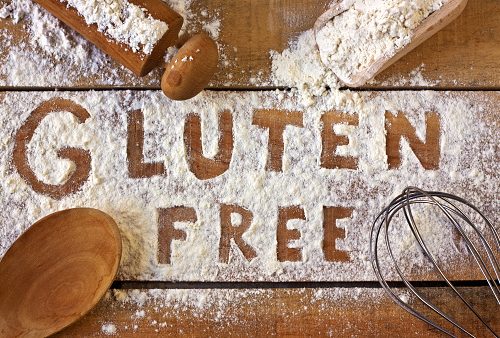 We discussed the benefits of healthy digestion in summer, the impact of a gluten-free diet on celiac disease, fibromyalgia and irritable bowel syndrome (IBS) patients, how IBS symptoms can be reduced with physical activity and exercise, why red meat may increase symptoms of inflammatory bowel disease (IBD), potential treatment with stool transplant in ulcerative colitis, and finally how a gluten-free diet may be only be helpful for those with celiac disease.

Summer is a favorite season for so many, but not everyone’s appetite decreases. Oftentimes, summer means more social engagements, barbeques, and dining out. So how can you keep your digestion running smoothly?

Because of the heat and sun during the summer season, it is important to stay hydrated and drink liquids often and throughout the day, and eat small, light meals rather than large, heavy ones. Avoid spicy foods and try to incorporate more fruits and vegetables into your diet as these are great sources of fiber. The addition of some digestive spices in your diet like parsley, cilantro, and fennel seeds may also help.

Patients with IBS are often affected by other conditions, especially fibromyalgia. In fact, 20 percent to 32 percent of individuals with IBS have fibromyalgia, a condition characterized by chronic widespread pain. It’s interesting to note that a larger percentage (32 to 70 percent) of people with fibromyalgia have IBS.

The third condition on our list is garnering increased attention as it’s becoming more prevalent than once thought, and is now being seen as “most common autoimmune enteropathy in western countries”. Surveys reveal that the incidence of Crohn’s disease in patients with IBS is more than seven-fold than that of the general population. Which is why medical practitioners are advised to test patients with IBS for Crohn’s.

It is a well-known fact that people with Crohn’s disease are hypersensitive to gluten, and when they go on a gluten-free diet, their symptoms can be resolved or at least reduced. Laboratory tests confirm the presence of gluten sensitivity in these people. Continue reading… 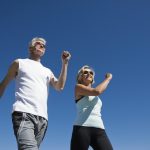 Irritable bowel syndrome (IBS) symptoms can be reduced with exercise and physical activity. The findings come from the University of Gothenburg’s study, which included 102 patients. Half of the patients were randomly selected to increase their physical activity levels, while the other half maintained their usual lifestyle.

At the beginning of the study and after three months, all participants were asked to rate their IBS complaints. Senior physician responsible for the study Riadh Sadik explained, “The group with unchanged lifestyle had an average decrease of symptoms by five points. The active group, on the other hand, showed a symptom improvement with an average reduction of 51 points.” 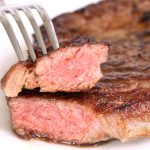 The researchers looked at studies published between July 1966 and July 2015. Studies contained information about Crohn’s disease, ulcerative colitis, IBD, and meat consumption. Red meat was defined as “darker-colored meat from mammals, such as cows, sheep/lambs, pigs, and horses” and white meat as “lighter-colored meat from poultry, such as chickens, and rabbits.”

Nine studies were included in the meta-anaysis and the results suggested that higher red meat consumption was associated with a higher risk of IBD. There are several explanations for the findings. For example, cooking meats at higher temperatures generated by-products, which contain mutagenic or carcinogenic characteristics that may cause a negative impact on the digestive tract. Another explanation may be that heme iron found in red meat leads to the formation of N-nitroso compounds that impacts cells’ proliferation activity in the digestive system. Lastly, fat consumption from animals is also associated with higher risks of Crohn’s disease, ulcerative colitis, and IBD.

The study revealed an association between meat consumption and IBD risk, but additional research is required to better understand the association. Continue reading… 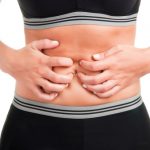 Eighty-one Australians were enrolled in the study where 41 received FMT and 40 received a placebo. At first, participants received treatment through a colonoscopy and later were given enemas that were self-administered for five days over the course of eight weeks. Continue reading… 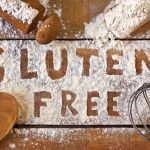 Today, it’s difficult not to notice all the gluten-free products available in health food and grocery stores. There’s been an influx of books, magazine articles, and news segments, too – all of which have characterized gluten as a dietary villain.

Yet, there is no evidence to support gluten-free diets for anyone other than those who are actually affected by gluten. In fact, some experts say that following a gluten-free diet in the absence of celiac disease may in fact be detrimental to your health.

Found in wheat, barley, and rye, gluten is a protein that serves as the “glue” in foods like bread, pasta, and cereal, as well as products such as lip balm and even the glue on the back of envelopes and stamps. Basically, it helps all of these things hold their shape. Continue reading…