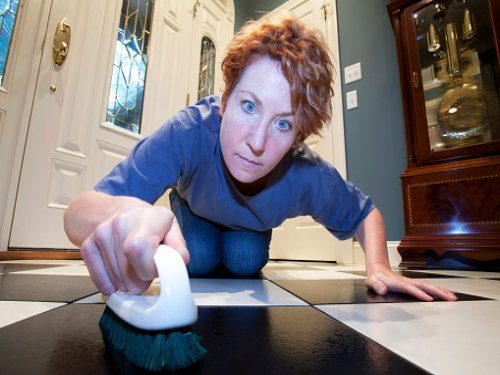 Those suffering from obsessive-compulsive disorder (OCD) have constant unwanted and disturbing thoughts, images, or urges that intrude their minds, causing them a great deal of anxiety and discomfort.

These are often ritualistic compulsions, taking the form of checking the stove multiple times or washing their hands repeatedly. Some may even have difficulty throwing things away. These compulsions occur to such a degree that they negatively affect daily life.

Current estimates suggest that approximately one in 40 adults in the U.S. and one in 100 children suffer from OCD.

A possible cause of the disorder

The cause of OCD is unknown and it does not have a cure. However, new research has found evidence that links four genes to the psychiatric disorder.

OCD is a psychological disorder characterized by patterns of unreasonable thoughts and obsessions that lead those affected to perform repetitive behaviors in a compulsive manner. It is this compulsive behavior that interferes with daily activities, leading to significant distress.

The causes of OCD are not understood, with many theories existing explaining its development. These include:

The study in question focused on 608 specific genes possibly linked to OCD, and in some cases, autism. Autism has some similarities to OCD as it also involves repetitive behavior.

After much investigation, the researchers isolated four genes that were found to be different in people with OCD. These genes are known for playing an important role in creating brain circuitry, specifically between the thalamus, striatum, and cortex regions.

The striatum, in particular, was found to be the most significant, as this structure is involved in learning and sending messages through the thalamus to the cortex, where decisions are made.

It is possible that if these genes become mutated, this entire process of information delivery within the brain may become altered, leading to the negative traits commonly seen in OCD patients.

The identification of these genes is critical for the advancement of OCD research. When the basis of a disease has been identified, safer and more effective treatments can be implemented. This study is just the first step in this effort.

Related: Possible cause of OCD discovered