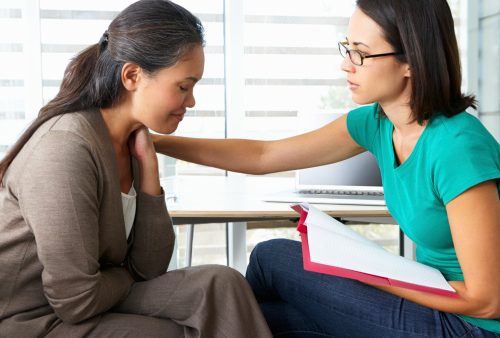 In patients with obsessive compulsive disorder (OCD) where drug treatment has failed, exposure therapy holds promise as a viable form of treatment. Exposure therapy, along with response prevention therapy, has been found to significantly reduce symptoms. The research comes from the Perelman School of Medicine at the University of Pennsylvania. Exposure and response prevention therapy are forms of cognitive behavior therapy (CBT), where patients confront their triggers in order to cause a reaction and develop solutions.

OCD is characterized by the performance of “rituals” to decrease stress and anxiety in relation to a person’s obsessions. For example, a person who frequently washes their hands because they are obsessed with hygiene.

Lead author, Carmen McLean, Ph.D., said, “We know that exposure and response prevention therapy (EX/RP) can benefit these patients. But this study showed that EX/RP is also effective for OCD sufferers who do not benefit sufficiently from common drug treatments for OCD.”

Previous research compared the effects of adding risperidone, pill placebo, and up to 17 twice-weekly therapist-led sessions of EX/RP to medication for OCD. Dr. McLean added, “We found compared to patients who received medication or placebo, those who received EX/RP showed significantly more reductions in OCD symptoms and depression, as well as significantly more increases in insight, quality of life, and social function after only eight weeks.”

The current study examined 32 patients who received EX/RP for 17 weeks because they did not respond well the risperidone. At 12 and 16 weeks patients showed significant improvement in symptoms. Seventy-eight percent of patients completed the treatment, 53 percent were treatment responders, and 34 percent were excellent responders at a 32-week follow-up. Remaining patients required changes in medication in order for them to become responders.

Senior author, Edna Foa, Ph.D., concluded, “We want patients to know that there is another option, if common drug treatments have failed them. The therapy can be life-saving, if patients are aware of it.”

The findings were published in the Journal of Clinical Psychiatry.