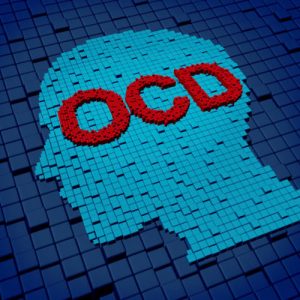 People with obsessive thoughts feel the need to check things repeatedly. This is their compulsion—they feel that they have to complete certain tasks or “rituals” in order to be comfortable. This feeling is characteristic of a condition called obsessive-compulsive disorder (OCD).

It is very difficult for these patients to get adequate treatment, as it can be quite hard to manage. However, there are options like cognitive behavior therapy (CBT) and psychotropic medications, but successful treatment may vary.

Researchers from UCLA report they have found real evidence that CBT provides real physical changes. Their trials have demonstrated changes in the brains of OCD patients as well as improvement in their symptoms.

OCD is a psychological disorder characterized by patterns of unreasonable thoughts and obsessions that lead those affected to perform repetitive behaviors in a compulsive manner. It is this compulsive behavior that interferes with daily activities, leading to significant distress.

The obsessive component of this disorder manifests as unwanted and intrusive thoughts, images, or urges that trigger intensely distressing feelings. OCD sufferers then try to get rid of the obsessions to decrease their distress or anxiety.

The causes of OCD are not well understood, but there are a few theories:

The study in question involved OCD patients who underwent daily cognitive behavioral therapy, which had seen them develop significant increases in the strength of the connections between regions of their brains. It is believed that this may reflect the participant’s acquisition of new non-compulsive behaviors and thought patterns.


“The changes appeared to compensate for, rather than correct, underlying brain dysfunction. The findings open the door for future research, new treatment targets and new approaches,” said Dr. Jamie Feusner, director of the Adult Obsessive-Compulsive Disorder Program at the Semel Institute for Neuroscience and Human Behavior at UCLA and the study’s senior author.

To investigate this finding, the researchers looked at functional magnetic resonance imaging (fMRI) scans of the brain of OCD patients who received CBT for four weeks and compared them against those who did not have OCD and did not undergo CBT. Images of each participant’s brain were scanned before and after the study.

After four weeks, it was found that those who underwent CBT saw increased connectivity between the cerebellum and the striatum as well as between the cerebellum and the prefrontal cortex. Those who did not have OCD did not demonstrate any significant changes. The OCD patients who were not part of CBT therapy also did not show any changes in their brain.

“The results could give hope and encouragement to OCD patients, showing them that CBT results in measurable changes in the brain that correlate with reduced symptoms,” said Teena Moody, a UCLA research associate and the study’s first author.

Related: Possible cause of OCD discovered