Home » General Health » Are your genes to blame for your low energy? 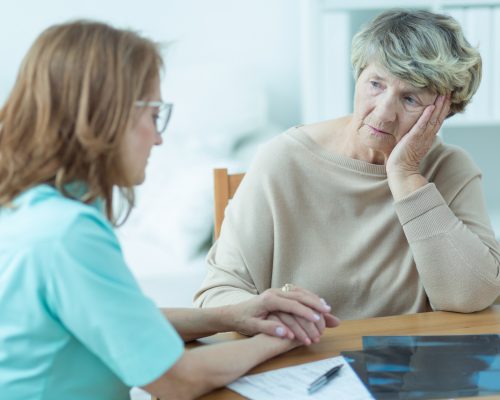 Low energy can often be a symptom of another health condition, a sign of aging, or even a result of poor lifestyle habits like unhealthy diet and lack of physical activity. Well, some people may actually be genetically predisposed to being tired.

A recent study from the UK Biobank uncovered that low energy for about eight percent of the population may be due to genetics. The researchers looked at genetic information from 111,749 participants who all indicated experiencing low energy or tiredness within two weeks prior to data collection.

Study lead Saskia Hagenaars explained, “Being genetically predisposed to a range of mental and physical health complaints also predisposes people to report that they are more tired or lacking in energy.”

The researchers suggest that genetics played a factor in tiredness in 8.4 percent of participants.

The researchers referred to a Scottish term “wabbit” to describe tiredness which “encompasses both peripheral fatigue, the muscle weakness after a long walk, and central fatigue, the reduced ability to initiate and/or sustain mental and physical activity, such as we might experience while having flu.”

Coauthor of the study Dr. Vincent Deary concluded, “Some people report feeling generally more wabbit than others. Our results suggest that a small but detectable part of that variation is related to differences in people’s genes. And the genes involved are associated with a range of health and personality factors.”

Become more decisive: Did you know your indecisiveness could be contributing to fatigue and low energy? It’s true. Believe it or not, you are getting exhausted just from trying to make up your mind. A study from German researchers found making brash decisions can combat fatigue. Case in point, try going with your gut and stop second-guessing yourself.

Be colorful: Color can actually affect our energy levels. If all you’re seeing is gray and black, you could be feeling way more tired than if you were looking at more vibrant hues. Add a splash of bright color to your wardrobe, meals, even surroundings for a constant access to quick energy boosts throughout your day.

Take time away from technology: Technology can be exhausting. Looking at the screen all day can have you feeling drained. Make sure you unplug yourself from time to time and resist the urge to reply to emails or text messages right away.
Forget regret: Holding on to a regret can be an energy zapper. Take the time to deal with your mistakes, then move past them. Don’t let things from the past steal your energy.

Jump around: The simple act of jumping not only increases your heart rate, but it can promote energy as well. Jumping triggers enthusiasm, so pick random moments to take a leap and watch your energy surge.

Applaud your accomplishments: Make a list of all the wonderful things you have accomplished as a simple way to boost energy. It’s easy to dwell on the things that are pending, which adds to the tiredness. Instead, boast about your achievements and feel more energized.

Use cold water: Ever noticed how alert you become when you step into cold water? Although a lake or a pool isn’t always available, you can run cold water over your wrists for a quick energy boost.

Try mint: The smell of mint is enough to wake up the senses, so start off your day on the right path with a mint-flavored toothpaste, for example. Even throughout the day, you can chew on a mint gum or sip on some mint tea for an extra shot of energy.

Related: Boost your energy with these 5 foods

6 ways to have all-day energy without coffee