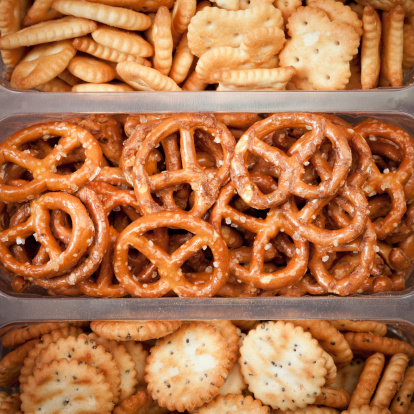 I’m usually not one to say “I told you so,” but under the circumstances, I’m too fired up by the historical event that just occurred this past Thursday to bite my tongue. So today I say, without hesitation: I told you so, FDA! In response to a plethora of scientific research, the FDA no longer deems partially hydrogenated oils – a major source of trans fat in our diets – to be safe for use in foods and for our personal consumption.

Of course, it was hardly just me – thousands of doctors and health professionals, the Center for Science in the Public Interest, the American Heart Association and the American Medical Association have all been actively advocating for the elimination of these foods from the nation’s food supply for several years now.  Moreover, an ever-increasing body of disturbing scientific research and growing public awareness has moved several food companies to begin voluntarily reducing the amount of this food in their products since 2005; even McDonald’s stopped using these ingredients in their fast foods more than a decade ago! So why is the FDA only acting now – almost ten years later – to protect us from these deadly foods by finally declaring that they are no longer “generally recognized as safe”?

This critical intervention on behalf of the public’s health hasn’t taken place when I personally would have liked it to, but I suppose that the most important thing is that, finally, it is happening:  the FDA has taken the first steps necessary to eliminate most of the artificial sources of trans fat from the nation’s food supply. Two weeks ago, the FDA proposed that the use of partially hydrogenated oils in our foods should be made illegal, unless otherwise given specific consideration. For, while we’ve been regularly consuming partially hydrogenated oils in our most common and popular food products since the turn of the last century, FDA commissioner Margaret Hamburg has now publically stated that “there is no safe level of consumption…current intake remains a significant public health concern.” This is because trans fat raises “bad” (LDL) cholesterol, lowers “good” (HDL) cholesterol, and thereby increases the risk of heart disease, the number one leading cause of death on the planet.

While this means that some of your favorite foods may never quite taste the same (I’ll warn you which foods to expect changes in, below), I want to explain to you why this epic action by the U.S. Food and Drug Administration is, ultimately, entirely critical to the health and safety of our entire population. Doctors and health organizations have been feeding us conflicting and confusing information about fats and oils for the past sixty years, not only leaving most of us completely misinformed about which sources of dietary fat we should really be eating, but also leaving many of us with a completely reversed understanding about the role of particular types of fat in our health.

The tale of the rise and fall of partially hydrogenated oil usage in this country is a bit of an ironic one.  By the end of 1941, U.S. involvement in World War II forced us to ration many common foods, and to begin seeking out alternatives to favorite dietary staples like butter. Soon after, the American Heart Association began advising people that foods that contain saturated fats, like butter and beef, may be the prime culprits behind the rising heart disease epidemic slamming the nation, recommending that people strictly reduce their consumption of these foods in their daily diets. Consumer advocacy groups quickly hopped aboard, and soon fast-food restaurants and food manufacturers were left seeking out a more publically acceptable and more economical source of oil and fat for their products.

This mounting rejection of saturated fats in the name of good health set the perfect scene for the emergence of an old, unsung hero, heralding back from 1912 and suddenly appearing as the salvation that everyone was looking for – a man-made chemical process known as “hydrogenation.” For, while saturated fats were no longer in style, the appealing flavors and textures they lended, the chemical stability they provided, and the longer shelf-life they accommodated were difficult to replace in manufactured and home-made foods. Unsaturated plant oils were deemed healthier, but they gave foods a much more “greasy” texture, didn’t have the same flavor, and spoiled much more quickly.

So the hydrogenation process took these cheaper and less stigmatized unsaturated liquid fats and artificially saturated them – or partially saturated them – with hydrogen. In other words, unsaturated fats were “hydrogenated” by filling up some of their empty chemical bonds with hydrogen atoms, to make these molecules more stable. This chemical process bestowed upon unsaturated plant oils some of the same rich tastes, textures, chemical stability and shelf-life as the detested saturated fats. Replacing “unhealthy” saturated fats with cheaper hydrogenated and partially-hydrogenated “healthy” plant oils allowed for the prevalence of margarine, shortening, tastier and longer lasting baked goods, and millions of other popular food products, junk foods and fast foods. Suddenly, these were all able to thrive again with more lovable tastes and textures on our supermarket shelves, in fresher, longer-lasting mass quantities. In short, partially-hydrogenated oils seemed like the answer to everybody’s problems.

That is, until it became clear that these man-made oils were creating a whole new pile of problems, all their own. You see, the hydrogenation process not only bestows such lovely properties to unsaturated oils by partially hydrogenating them. It also causes the entire construction of the once-healthy unsaturated fatty acid molecule to change, and to re-configure itself into what is called a trans fatty acid molecule. And while this artificially-influenced trans fat molecular construction seems to demonstrate many of the same perks as a chemically-stable saturated fat, research began emerging in the 1990s that revealed that they also have a similar dark side: the consumption of partially-hydrogenated oils correlates with a rise in “bad” LDL cholesterol and the risk of heart disease.

In fact, continued study started to reveal an even darker truth – not only do artificial trans fats elevate LDL cholesterol like saturated fats, but, unlike saturated fats, they also raise harmful triglycerides, Lp(a) lipoprotein, internal inflammation and endothelial dysfunction, while simultaneously  lowering “good” HDL cholesterol that has protective cardiovascular effects. This led the expert review panels from the IOM/NAS, the American Heart Association, the American Dietetic Association, the World Health Organization, the Dietary Guidelines Advisory Committee, and the FDA Food Advisory Committee Nutrition Subcommittee to all unanimously conclude that “trans fatty acids have a stronger effect on the risk of cardiovascular heart disease than saturated fatty acids.”

As this developing body of research continued to show that our nationally embraced “healthy” alternative was even more deadly than its predecessor, health advocates were suddenly panicked into stopping in their tracks and trying to retrace their steps. Fast-food restaurants were publically encouraged to stop using partially hydrogenated oils and, in 2003, the FDA passed a law requiring trans fat to be listed on the nutrition labels of food products.

While food manufacturers are now forced to be generally transparent about the amount of trans fats in their foods, and many food companies and restaurants have voluntarily reduced the amount of partially hydrogenated oils in their foods, artificial trans fats are still too common for comfort in our society. No safe upper limit of trans fat content was officially enforced, aside from the fact that it should be kept low. And while the government agreed with researchers that there is likely no safe level of trans fat in our diets, current regulations still allow food manufacturers to claim that their products contain zero trans fat, just as long as they contains 0.5 grams or less of the fat per single serving. And how many of us actually ever eat just one single serving of anything?

This is why the FDA’s proposal this past Thursday to ban partially hydrogenated oils from our food supply is arriving not a second too soon – hopefully, it’s not arriving too late. If accepted, than this ban will officially enforce the reduction of one of the main and most dangerous sources of trans fat in our diets. According to one study from the U.S. Centers for Disease Control and Prevention, this historical move could potentially have the power to save up to 20,000 people from a heart attack, and up to 7,000 people from dying early of coronary heart disease, each and every year.

Even if the FDA’s proposal to ban partially hydrogenated oils is accepted and finalized, than the food industry must still be given an appropriate amount of time to phase them out of their foods and manufacturing processes, and to devise alternative methods. And even if the FDA proposal is passed, companies will still have the opportunity to petition the FDA for personal permission to use partially hydrogenated oils for specific purposes, provided they can prove there is “reasonable certainty of no harm.”  This means that the onus is still on us to remain wary of trans fats in our foods, and to learn how to steer clear of them as much as possible.

Even if the product lists zero trans fat, always check the ingredients list. Avoid eating foods that were made with partially hydrogenated oils and shortening. Also avoid eating deep fried foods, choose leaner cuts of meat, and try to cook and bake at home as much as possible rather than relying on pre-prepared foods, restaurant foods and packaged foods, so that you know exactly what you are eating, and how much of it.

The Future Face of a Trans Fat-Free Nation

While the food industry scrambles to figure out how to reformulate their products without the benefits of partially hydrogenated oils that we’ve all become so addicted to, health experts worry that these ingredients will be replaced with either more saturated fats, more “oily” textured unsaturated fats, or with a brand new breed of man-made oil and fat substitutes (which is a scary prospect, for the health rollercoaster could begin all over again, or be even worse next time).

The percentage of trans fat in commercial foods have been greatly reduced over the years, but many of our most common and beloved foods still rely on partially hydrogenated oils for their familiar look, feel and taste. Here’s a list of some of your favorite food products that may be changing in taste, texture and appearance in the near future:

You may see some of your favorite foods on this list, but don’t let it get you down – let it push you to seek out other versions of your beloved foods that use more healthy, natural and whole ingredients. You will find new brands and foods that you love, and you may even find yourself in your kitchen whipping up a home-made batch of your favorite foods instead. A few moments of a satisfied craving just isn’t worth a life time of life-threatening health problems and early death. Find a good balance between foods you love and maintaining good health. That’s what eating is supposed to be all about anyway.

Related Reading: Too much of a good thing? Don’t overeat these health foods

5 Foods you should always have in your refrigerator