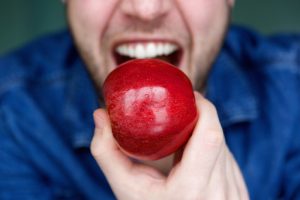 Dark chocolate, avocados, bananas, hot chilies…What you eat plays a large role in your sexual health. A healthy diet, along with certain food aphrodisiacs like the ones I mentioned here, can increase libido, promote blood flow and provide us with energy to get down to business.

However, diet can also put a damper on our sex life – and that is when you need to be wary of what you eat.

Men, in particular, are more prone to the negative effects of diet. But even foods deemed healthy are harmful for men’s sperm. According to new research, a lot has to do with how the food is grown, which suggests going organic may not be such a bad idea after all. 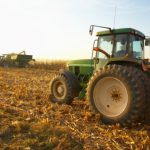 Harvard researchers conducted a study to find a correlation between food and sperm count, published in the journal Human Reproduction.

They collected sperm samples from 155 men between the ages of 18 and 55. By using data provided by the United States Department of Agriculture (USDA), they ranked the food the men ate by level of pesticides used – low, medium and high.

Men who consumed low amounts of fruits and vegetables high in pesticides had an average sperm count of 171 million per ejaculation. Men who consumed high amounts of pesticide sprayed fruits and vegetables only had 86 million sperm per ejaculation. That’s quite a drop! This group also had lower amounts of normal sperm – those that resemble the usual shape. The difference between both groups in that respect was 7.5 percent versus 5.1 percent.

Pesticides harmful for both sexes 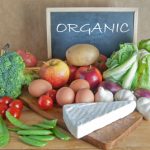 Men shouldn’t be the only ones concerned about pesticides, although this study shows they should become more aware. Pesticides are also harmful for women as well. But why are pesticides so harmful to our sexual health?
Well, pesticides are endocrine disruptors. These are chemicals which disrupt the body’s endocrine system – glands which produce hormones and regulate bodily functions such as sexual function and metabolism. Animal studies have shown that endocrine disruptors may act like human hormones, such as estrogen and androgen. When this happens, overstimulation may occur. Furthermore, they can also activate genes which harm sperm and may lead to breast cancer in women. So overconsumption of pesticides can be very hard on your health.Researchers are now finding that the effects of pesticides are becoming hereditary, attributing low fertility to the ongoing use of pesticides. Making the switch to organic may be a smart option to retain your sexual health.

No matter your age, if you want to improve your sexual health, reducing the amount of pesticides you consume is a good start. Fruits and vegetables are essential to a healthy diet so you want to make sure you’re eating the recommended amounts. Consider this food for thought, and choose wisely the next time you head to the grocery store.

Revealed: The truth about non-organic fruits and vegetables

There has been ongoing debate in the food world about organic versus non-organic. What’s better for us in the long run? How dangerous are the pesticides used in conventional growing? The questions keep coming and the matter can be confusing at best.

Why organic food really is better