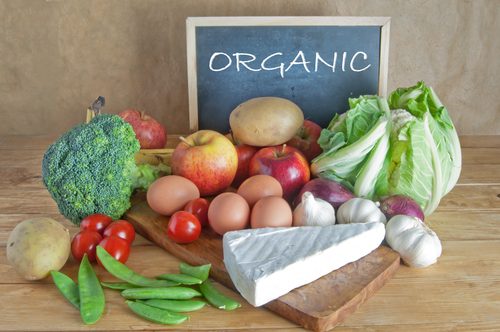 There has been ongoing debate in the food world about organic versus non-organic. What’s better for us in the long run? How dangerous are the pesticides used in conventional growing? The questions keep coming and the matter can be confusing at best.

We all want safe and nutritious food, but does the organic label really deliver and justify the added expense?

Well, up until now there hasn’t been concrete evidence to support either side, but now we may have some better answers.

Boise State University in Idaho took up the challenge to settle the score when it comes to organic and non-organic food in terms of pesticides. This time around, the results are clear.

Organic really is better for your health

RELATED READING: Why organic food really is better (and not as expensive as you think)

This was no small study. Researchers examined dietary data from 4,500 people within six American cities. They looked at the exposure of organophosphates – a compound found in insecticides that are commonly used by conventional growers in the United States.

Exposure was calculated by using the U.S Department of Agriculture’s measurement of pesticide residue levels in the foods in the diets of participants and the amount of those foods they consumed. The results were compared to pesticide levels of urine samples from a subset of 720 participants.

Here’s the kicker: Although participants ate roughly the same amount of fruits and vegetables, those who stuck with organic versions had less exposure to organophosphates.

The dangers of pesticides

The trouble with pesticides – the chemicals used to repel and destroy pests and other microorganisms like weeds on your lawn – is that we don’t know what the damage potential truly is. Pesticides can be used in many forms, of course, and not just on produce, so we can be exposed to them at any time.

How can they affect our bodies, whether we eat them in our produce or ingest them through our skin when residue is in the air or on the grass? There still, unfortunately, is not enough research on the matter. But there are indications these chemicals are up to no good.

Some research has suggested that younger children are more susceptible to the side-effects from pesticides, such as neurodevelopmental delays.

The Agricultural Health Study is an ongoing study in Iowa and North Carolina that looks at how farming affects the lives of the growers themselves. More than 89,000 farmers and their spouses have participated the in the study since it began in 1993. The research has found that some insecticides can be linked to prostate cancer, and that organophosphates may be linked to an increase in asthma, thyroid disease and diabetes among men and women.

Decoding the labels: Organic versus natural

If you decide to go organic, you may be initially turned off by the price. Generally speaking, organic produce costs more and may spoil quicker. You may want to go at it gradually, starting with apples and peaches as those fruits were found to have the highest amounts of pesticides used.

Another misconception is that natural means the same as organic – it does not. Organic foods are made and processed in accordance with U.S. Department of Agriculture (USDA) standards. This certifies that these foods are at least 95 percent organic; anything less cannot be called organic. If a label reads “all natural” don’t assume it’s organic.

In the meantime, if you still are buying non-organic produce, make sure to wash them properly by scrubbing them under water. You can’t wash off all the residue, but you can still remove any bacteria that may be on the skin. Also make an effort to peel the produce because the residue stays on the skin. The downside is peeling can remove some beneficial fiber and nutrients.

Although the debate about organic and non-organic surely will continue, we now have at least better clarity about what exactly we are ingesting when we eat fruits and vegetables. It’s now up to us to choose what’s best and become smart shoppers.