Home » General Health » Too much of a good thing? Don’t overeat these health foods 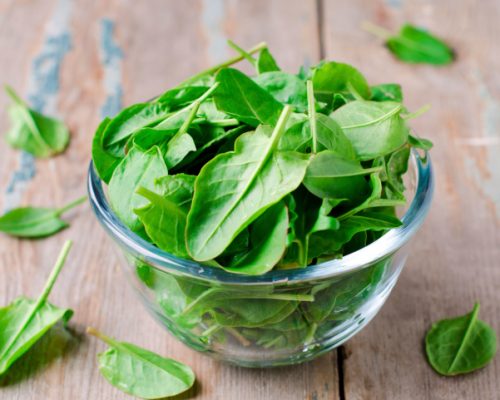 Ever heard the phrase, “Too much of a good thing?” Well, it even applies to eating too much of what are deemed “healthy foods.” You may feel good that your diet consists of dark leafy greens, fruits and vegetables, but you can actually be overindulging in these healthy foods. In turn, they can harm you.

As it goes with most everything in life, moderation is the key, and healthy foods are not immune to this rule either.

Don’t get me wrong, I’m all about promoting healthy eating and believe that healthy foods can keep us well and strong. But just be weary if you’re enjoying too much of any of these items.

If it was good for Popeye, it must be good for us! I’m sure when you were growing up spinach was pushed at you time and again. Now that you’re older, you can appreciate it as a healthy food and a staple to a healthy diet. Unfortunately, though, even too much spinach can be bad for you (maybe Popeye should have seen a doctor at some point).

Spinach is a beneficial health food as it’s packed with protein, fiber and other vitamins and nutrients. Spinach is also high in oxalate – naturally found in food and the body. Too much oxalate can lead to kidney stones, and those who are prone to kidney stones should moderate their intake of not only spinach, but other foods that contain high amounts of oxalate. 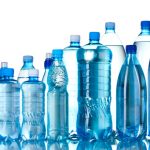 This one may shock you, but you can have too much water. You’ve probably been told that your urine should be clear, but if it’s always clear, it means you’re having too much water. Excessive amounts of water can lead to water intoxication – yes, too much water is actually toxic.

Our bodies contain sodium which is useful for everyday bodily functions. Excessive water dilutes this sodium causing it to lower dramatically. When our sodium levels are off, bodily functions start to become impaired, like our brain function, for example.

The Mayo Clinic recommends for healthy adult males, they consume about 13 cups (3 liters) a day, where healthy females can have about nine cups (2.2 liters). Generally speaking, unless you’re training for a marathon or forcing yourself to drink plenty of water, water intoxication is quite rare, but it is something to think about!

Any food item that is in a can is easy to store, low on budget, and easy to eat as well, so canned tuna is a great way to get in some omega-3s. Tuna itself is a healthy fish if eaten in moderation. Because tuna is a larger fish, it often eats many varieties of smaller fish, which in turn absorb their mercury levels and toxins. Overeating the canned variety can put you at risk for high mercury levels.

High amounts of mercury in the body can lead to brain, heart, kidney, brain and immune problems. The effects of high mercury can be worse in those with weaker immune systems, like children and seniors. Some symptoms of excessive mercury are loss of vision, muscle weakness, and impairment in speech and hearing.

Another threat in your canned tuna is the can itself. Although bisphenol A (BPA) has been targeted as a toxic substance and companies are working to remove it from their plastic bottles and cans, even BPA’s replacement – BPS – can mimic estrogen, causing it to be harmful.

If you want to enjoy canned tuna, try not to have it more than three times a week, and when possible opt for fresh tuna instead. 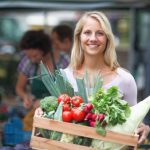 You would never think that having too much fruit could be a bad thing, but fruits like oranges and tomatoes, which are highly acidic, can be. Their acid, by consuming them over a long period of time in high amounts, can lead to acid reflux. Over time, this acid reflux could lead to potential illnesses like Barrett’s esophagus – a condition where the esophagus becomes lined with lesions which can be precancerous.

If you already have some form of reflux, it’s best to limit or stay away from acidic foods. For those who don’t have acid reflux, moderating how much of these types of fruits you enjoy is key to prevent future issues.

All is well in moderation

As you probably already know, the secret to overall healthy living is eating well and exercising, but both must be done in moderation. All things in life can be enjoyed as long as they are in healthy amounts – healthy foods included. Sometimes we become so confident in foods that have been deemed healthy that we even forget that they, too, can be too much of a good thing.

So as you continue on your healthy living, remember to always have variety and don’t over-indulge on certain items. Variety is the spice of life, after all!

Healthy foods that interfere with your medication

Most of us have heard the stern warnings about mixing alcohol with medications. A lot of pharmacists put caution labels right on pill bottles; however, we don’t hear a lot about the dangers of mixing certain foods with medications. However, doctors across North America say it’s no myth; some foods really do pose a threat when consumed along with specific drugs.

Healthy foods that make you happy

We all experience bad days that have us feeling down and low, leading us to reach for sugary comfort foods. However, those feel-good foods could actually be making you feel worse. Diet has an enormous impact on your health, and also plays a major role in your general mood.  While particular foods serve to repress natural functions and contribute to negative feelings, other foods help to release hormones and neurotransmitters that create feelings of happiness and wellbeing. Take a look at our list of 8 foods that naturally make you feel good, less stressed, and more.

Popular health foods you should avoid…

Dark chocolate, avocados, bananas, hot chilies…What you eat plays a large role in your sexual health. A healthy diet, along with certain food aphrodisiacs like the ones I mentioned here, can increase libido, promote blood flow and provide us with energy to get down to business…read more

5 Foods you should always have in your refrigerator

When your pantry and refrigerator are stocked with chips, ice cream and cookies healthy eating becomes much harder. So it’s important that if you want to eat healthy you should replace them areas with healthy options….Read more