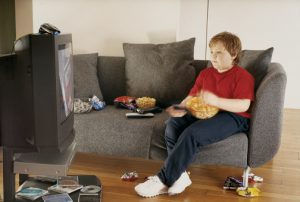 A new study at Duke University has found higher rates of obesity in children exposed to violence.

Obesity is a growing pandemic across the globe, particularly in developed countries such as the United States. More than 20 percent of teens in the U.S. fall into the accepted definition of obesity. In low-income households, rates of obesity are higher than average, even more so in Hispanic and African American homes.

The reasons behind this increase in low-income families are not fully understood, but one link that has been found between obesity and lower socioeconomic status is exposure to violence. There are greater levels of obesity in children who are exposed to violence.

The study included 151 teens from an at-risk community in California between the ages of 12 and 15. The data was collected over 30 days. This data was then compared to a similar study done on a population of over 350 students in North Carolina, more representative of the general population than the at-risk sample from the study done at Duke. The participants’ body mass indexes were taken at the beginning and the end of the study.

The researchers collected and analyzed data gathered from mobile reports sent in by the teens themselves or through the different health tracking abilities of the devices. The phones were provided to participants, containing all the data collecting software they required. It prompted them to complete the surveys three times a day. The researchers found this to be a unique opportunity, as teens are often connected to their phones. They received near-instant data on what the teens were doing, what they were eating, how they were sleeping, and what they were exposed to during the day.


“Participants reported on their exposure to violence each day, their consumption of fast food, sodas and caffeinated drinks, their lack of consumption of fruits and vegetables and their physical activity. They also logged their hours of sleep, sleep quality and tiredness.” Certain patterns of behavior were recognized on the days when the participants were exposed to violence. The teens consumed more unhealthy foods and beverages the same day the violence occurred and suffered from fatigue and lack of sleep on the following day. These behaviors are also linked to weight gain.

There were certain findings that were unexpected and surprising to researchers at the end of the study. One of the major unhealthy diet factors was soda consumption. On days they were exposed to violence, their soda consumption increased. Soda consumption was also one of the main factors that predicted weight gain across the study. Another such finding was an increase in physical activity on the violent days. On average, participants took an additional 1,000 steps on the days they witnessed violence.

The researchers of this study hope that the results, as well as the methods through which they were obtained, may shed new light on one of the reasons why obesity is becoming so common and how it can be potentially altered.

Related: Causes of antisocial behavior are different for boys and girls

Obesity in children linked to onset of hip diseases

Unique traits in children should be used to their advantage