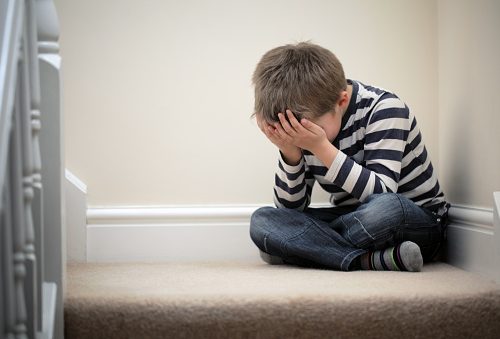 A new study has found that the reasons behind the development of antisocial behavior in kids differ between boys and girls.

New research done by a team of scientists out of the University of Bath in the UK mapped the brains of over 200 teenagers between the ages of 14 and 18. They used magnetic resonance imaging (MRI) to analyze the differences in the participants’ brains. Ninety-six of the participants were previously diagnosed with conduct disorder (CD) and the other 104 developed normally.

There is little known about conduct disorder, and it often goes without proper treatment due to misdiagnosis. The severity of its symptoms varies from patient to patient, with some exhibiting lying and absenteeism behavior while others resort to physical violence.

CD is around three times as likely to develop in males than females and it affects approximately 5 percent of all children. Previous research has shown that nearly half of kids diagnosed with CD in childhood develop even more severe antisocial behaviors in adulthood and go on to become criminals.

This is the first time that sex differences have been found in the development of CD in teens. These results also point to differences in the brain-based causes of the development of CD. The findings of this study show that there may be biological predispositions for developing the disorder and that these predispositions may differ between boys and girls.

Currently, most treatment programs for conduct disorder focus on developing parenting strategies, as the disorder is often linked to dysfunctional families and poor parenting. Though these programs can have beneficial effects, they are not always available to the families of the antisocial child. There is not currently a medication-based treatment option for this disorder.

The results of this research show that these sex-linked differences must be taken into consideration during and after a diagnosis of CD. These findings are promising in their potential for creating sex-specific treatments for the disorder.

Related: Severe depression and anxiety can be lowered with yoga breathing exercises: Study

How to manage anxiety during crowded holiday shopping: Expert tips