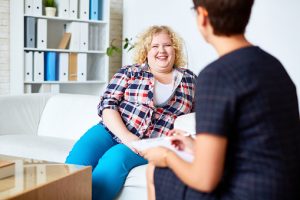 Approximately one in 500 children is diagnosed with a hip deformity, and slipped capital femoral epiphysis (SCFE) is the most prevalent among them. SCFE causes limitations in the child’s ability to move, and they’re often unable to complete full hip rotations because of it.

This condition can be extremely painful and requires surgical intervention 100 percent of the time. Often, due to the initial symptom of knee pain, SCFE is misdiagnosed and can worsen if left untreated.

After an investigation, the knee will be found normal and healthy and the medical practitioner will look into other causes of the pain. Even if it is treated properly from the start, SCFE often leads to the need for a hip replacement later in adolescence or adulthood. Early discovery is crucial in order to prevent the worsening of this condition.

Researchers at the University of Liverpool’s Institute of Translational Medicine sought a way to identify children with a higher risk of developing SCFE. They looked into factors associated with SCFE diagnoses and the reasons behind the misdiagnoses. They examined the medical records of SCFE patients under 16 between 1990 and 2013. The records were held by 650 different primary medical practitioners across the United Kingdom.
The records specified the height and weight information from before the patients were diagnosed, which allowed researchers to identify obesity as one of many factors leading to SCFE development in children.

Children who are extremely overweight are in the highest risk category for developing SCFE. “This is the best evidence available linking this disease to childhood obesity—which makes this condition to be one of the only obesity-related disease that can cause life-long morbidity starting in childhood.”

The researchers say that patients who show knee pain as an initial symptom are at risk of being misdiagnosed in the early stages of SCFE. This study increases understanding of this childhood ailment and the effects that obesity has on its development. Though there is a clear link between overweight patients and the development of SCFE, scientists believe it is too early to claim that childhood obesity causes this disease to develop.

Childhood obesity rates continue to rise in the U.S.

Multiple sclerosis risk may increase with obesity in children and teens