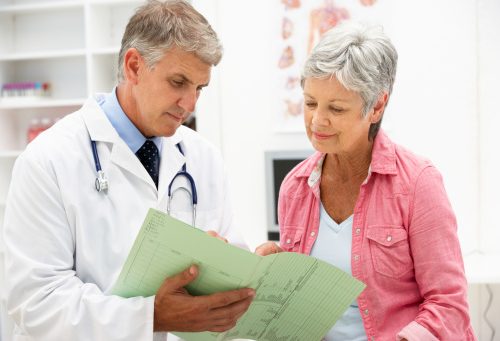 Rheumatoid arthritis was found to take on a milder form in women who experience earlier menopause, according to research.

The study involved 134 rheumatoid arthritis cases identified by four local and national registers that were part of the community-based health survey.

For the study, researchers identified 134 rheumatoid arthritis cases collected by four local health registries. A retrospective structured review of the medical records looked at the information on the use of disease-modifying antirheumatic drugs (DMARDs), erosions on radiographs, rheumatoid factor (RF) status, and disability measured by using the health assessment questionnaire (HAQ). Hormonal predictors like breastfeeding history, history of oral contraceptive use, and menopausal age were also analyzed.

The researchers found there was a larger number of women in the mild/moderate RF-negative RA in the early menopause cluster. The severity of rheumatoid arthritis wasn’t shown to be affected by the oral contraceptive use and history of breastfeeding.

Other studies have shown that women who develop early menopause are more likely to experience rheumatoid arthritis later on in life. This may be explained by the changes in the levels of estrogen, a female sex hormone, as the rates of RA are much higher among women than men.

Pregnancy is the time when the female body becomes flooded with estrogen and it is known to suppress rheumatoid arthritis symptoms. After delivery, once the estrogen levels return back to normal, women often report that their RA symptoms come back – in some cases, more severe than before.

For these reasons, sometimes taking estrogen therapy can help alleviate RA symptoms. But the most natural way to address your rheumatoid arthritis symptoms is through exercise, which has been shown to improve menopause symptoms as well.

Other benefits of exercise include maintaining bone density, increasing muscle mass, and improving sleep – all important aspects of aging.

In the meantime, additional research is required to better understand the link between rheumatoid arthritis and menopause.