Home » Anti-Aging » Menopause » Early Menopause – Not All About Aging 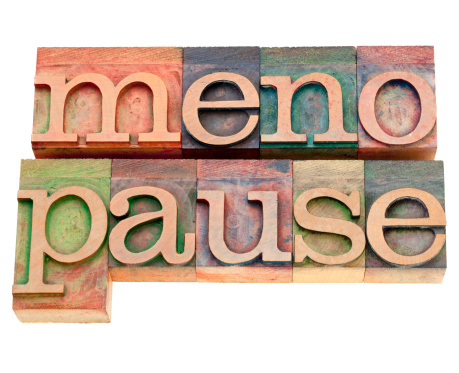 Early menopause pertains to the cessation of the menstrual cycle and associated reproductive hormones before the age of 40 years old.  Menopause generally occurs at an average age of 51 years old, with some women experiencing menopause during their late 40s, whereas other enter menopause in the early 50s.

The cessation of the occurrence of menstrual cycles is a biological event that occurs among aging women and this is mainly caused by the decrease in the production of hormones by the body.  This concept also serves as the basis in the production of anti-aging products in the market.

Previous research studies have shown that early menopause during aging may be caused by various factors including the change in the levels of female hormones, genetics, diseases, and other physiological activities related to aging.  Physicians and health-related organization thus campaign for healthy lifestyles that may also improve the quality of the aging process among women.  Consuming healthy diets may also serve as a natural anti-aging regimen amid decreasing levels of hormones, which can facilitate the aging process with minimal adverse effects on the body.

For example, fruits and vegetables contain natural anti-aging compounds that can slow down certain symptoms of aging, such as skin wrinkling. Exercise is also another anti-aging regimen that can maintain various physiological processes of the body.  For an economic point of view, manufacturers have increased the production of anti-aging products that may slow down the process of skin wrinkling.  It appears that placing the phrase “anti-aging” in a cosmetic or facial product will call the attention of an elderly female consumer.

To most women, entering early menopause and the aging process is considered as a bad sign because this event is strongly associated with the advancement in the process of aging.  Women within their 40s thus attempt to find anti-aging regimens that would help them feel and stay young, and ultimately delay their entry into menopause.  However, a recent medical report published in the journal Arthritis Research and Therapy has shown that the occurrence of menopause at an earlier age may also bring in some benefit.

Hormones and Aging – The Research

Early Menopause the Study and Effect on Hormones

The study examined approximately 134 women who had entered menopause at various ages.  These women were screened in terms of the occurrence of rheumatoid arthritis, as well as other medical and behavioral conditions, including levels of hormones.  The study showed that approximately 72% of the women were diagnosed with rheumatoid arthritis, with varying degrees of severity.  However, the women who were diagnosed with a milder form of the inflammatory disease were found to have entered menopause at an earlier age, as compared to women with more severe forms of rheumatoid arthritis.

Severity of Menopause and Hormones

This recent medical report is very interesting because it allows the readers to understand that certain other factors may influence the severity of a specific medical condition, such as rheumatoid arthritis.  In this case, entering early menopause and the cessation of the production of reproductive hormones appears to be not so scary anymore, especially when one considers that this change in life increases the chances of experiencing a milder form of arthritis.  This report also indirectly shows that artificial anti-aging products may not be so helpful to women, especially when early menopause provides some form.