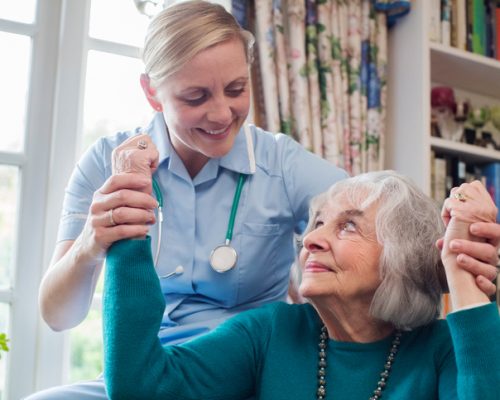 Strokes remain one of the few medical conditions with an uncertain recovery prognosis. The way a stroke will affect an individual in the long term is highly dependent on how severe the affliction was and on the medical history of the patient who suffered it. Much of the recovery process still relies on chance, however. Many stroke patients recover their faculties much better than doctors could have predicted, but the reverse is also true. The deeper effects of a stroke can take years to surface and a patient may never fully recover from one.

A new study has found, however, that a certain kind of test, if taken within a week of suffering a stroke, may be able to predict how a patient will favor up to three years after the stroke occurred. The test is called the Montreal Cognitive Assessment (MCA) and it screens for cognitive impairment. The researchers gathered 274 participants in Germany and France who had suffered a stroke and who were given the test within a week of the incident. The participants were then subdivided into two groups based on the results of the MCA: those with cognitive impairment and those without.

The researchers then followed the participants for more than 3 years and tested their abilities in memory, thinking, and motor functioning at intervals throughout the follow up. They were first tested one week after their stroke, then again at six months, one year, and finally three years post-stroke. Their analysis showed that those who had problems thinking within one week of the stroke had seven times the chances of dying within the following three years than those with normal cognitive functioning. These participants were also five times as likely to have problems with their motor functioning after three years than the non-cognitive impaired group and were twice as likely to struggle while completing daily tasks such as bathing.

“We found that this test, which takes less than 10 minutes, can help predict whether people will have impaired thinking skills, problems that keep them from performing daily tasks such as bathing and dressing and even whether they will be more likely to die,” said study author Martin Dichgans. “This test should be used to screen people with stroke and to counsel them and their families about long-term prognosis and also to identify those who would most benefit from interventions that could improve their outcomes.”

The researchers found the test to be an effective predictor of cognitive outcomes even after accounting for the severity of the patients’ strokes and other factors. The study was limited in that the majority of participants suffered only relatively mild strokes, meaning the results could be different in a population of patients who had undergone more severe strokes, which will be looked at in future studies.