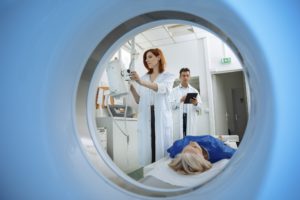 Dementia is a broad term describing a group of diseases that progressively affect the brain. There are different types of dementia along with various causes, none of which currently has a cure.

In an attempt to have a better understanding of dementia, researchers took a closer look and uncovered that women are more prone to developing rogue proteins that can trigger Alzheimer’s disease.

The study included 300 older adults and found that men had less tau and beta-amyloid proteins, which are triggers of Alzheimer’s disease. When tau and beta-amyloid clump together, they destroy neurons, triggering symptoms such as memory loss and confusion. They become problematic when found in large amounts.

Professor Dr. Reisa Sperling, said: “Growing evidence suggests women may be at increased risk of certain physiological changes associated with Alzheimer’s disease. Women showed more tau in a region of the brain than men, which was associated with individuals with greater amounts of plaque deposits of the beta-amyloid peptide, another marker of Alzheimer’s.”

Previously, dementia was thought to affect men and women similarly. These new findings can lend way to better treatment and earlier intervention.

Cases of dementia are on the rise as the global population continues to age. Research is continuously underway to uncover more information about dementia in the hopes of developing improved treatments.

Although dementia isn’t fully preventable, it is often advised to adhere to a healthy lifestyle to delay onset.