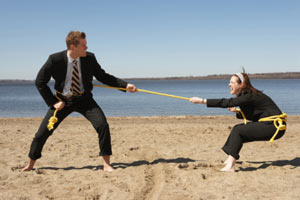 I’m aiming to live to 100 – but a 100 quality years where I’m still able to move around and get on my bike, read good books and enjoy great food that doesn’t need to be pureed for spoon-feeding. The wonders of modern medicine aside, there’s a good chance I will be an able-bodied centenarian. That’s because I’m female.

It’s not always easy being a woman. You’ve got over-the-top expectations about being pretty, slim, youthful, and entirely capable in the workplace and on the domestic front. You earn less than men, and usually end up doing more of the housework. You’re the primary caregiver for kids and aging parents, so your needs rarely get to the top of your to-do list. Ms. Does Everything Well has the patience of Job (or dinks a lot of wine after hours).

The prize in all this? Women live longer than men.

The U.S. Centers for Disease Control and Prevention (CDC) released a feel-good report in the fall about life expectancy in the United States at an all-time high. Americans are living on average to 78 years and 9 ½ months. And women can expect to live five to six years longer than men, easily into their 80s. By age 85, there are about six women to every four men, and by age 100, the ratio is more than two to one.

The female advantage to health and longevity 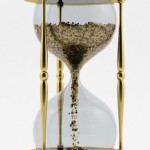 Don’t go thinking women are the weaker sex! We are tougher right from birth to extreme old age.

But why? What gives women the advantage? Everyone seems to have an opinion on this one, and so do I.

It’s because women take better care of themselves.

Even if we don’t put ourselves first, we do what we can to eat well, stay active and stretch ourselves out before becoming a tight ball of unrelenting stress. Also important, we go to our doctor if we think there’s something wrong with our health. We get to the bottom of things.

Alpha males don’t win when it comes to health 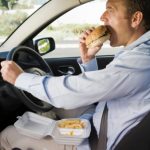 Men, on the other hand, don’t like to ask for help (or directions). The alpha male doesn’t want to admit he’s not in tip-top shape or in control of his domain. Men like to be strong and in charge. He’s the captain of industry, leader of the pack, at the helm of the ship. Men don’t like to show signs of weakness or frailty – unless they get a cold and need to be waited on hand and foot!

The problem is, early diagnosis of the serious stuff, like heart disease, kidney disease, and Alzheimer’s, is key to not only managing symptoms but staying alive. When men don’t get checked by a doctor even on a semi-regular basis, blood work doesn’t get done and any signs of serious illness won’t be caught in the early stages.

Heart disease is the leading cause of death for both men and women, but men are more likely to develop it – and die from it – as early as their 30s and 40s. Women, typically develop heart disease 10 years later than men do. Since men consider themselves invincible, especially in their younger days, they just don’t think about heart disease or contributing factors like poor diet and inactivity. 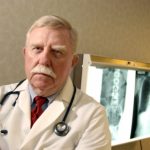 The Agency for Healthcare Research and Quality reports that men are 24 percent less likely than women to have visited a doctor within the past year and are 22 percent more likely to take a pass on cholesterol testing. It gets worse: More than a quarter of men (28 percent) don’t even have a regular doctor. About one in five didn’t have health insurance in 2012, according to the Kaiser Family Foundation.

Add to that, men aren’t as likely to be proactive about their health in terms of daily habits. Don’t skip breakfast. Don’t eat fast-food three days a week. Take a break from the video games, get off the couch and go for a walk. It’s taken me years to convince my husband that his late-night bag of potato chips is bad for him.

All through their 20s, men have a naturally high metabolism. Then can live on pizza and burgers, drink as much beer as they want, and still not pack on the pounds. But after 30, their metabolism and testosterone levels begin to drop, and belly fat starts to accumulate, along with increasing risk for diabetes, obesity and high blood pressure.

So, yes, the average man can lift heavier weights and run a 100-meter race faster than the average woman, but she’s going to go the distance in the long run because she knows how to take care of her health.

Doesn’t that mean she’s smarter, too? If memory has anything to do with smarts, than yes! A thought-provoking study from the Mayo Clinic, recently published in JAMA Neurology, confirmed that men’s memories are worse than women’s. Their brains are smaller, too, at least the part that controls memory. 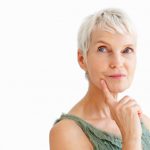 In a study of 1,246 cognitively normal people between the ages of 30 and 95, researchers found that while memory started to decline for both sexes at age 30, male memory was worse than women overall, particularly after age 40.

In men, the hippocampus, which is the brain’s memory control center, was also smaller than women’s, especially after age 60. As the brain shrinks, memory declines.

One of the major reasons for the female advantage here is the protective effects of hormones. Estrogen, for one, has been shown to protect pre-menopausal women from hypertension, heart disease and bone loss. Estrogen drops after menopause, but experts say that years of this protective advantage has an amazing residual effect.

I hope all you senior ladies are hearing this. I’ve heard that menopause isn’t exactly a picnic, either, but at least you’ve got better memory and longevity going for you. 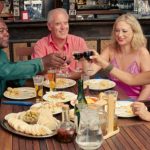 Women also have stronger social networks. We tend to have more close friendships where we can share our ups and our downs, and find support through difficult times. Where the boys get together to watch sports or have a few drinks, women have book clubs and girls’ nights where they talk and let their hair down a little. It’s a release to vent about your worries and your husband. Friendship is good medicine.

A 2010 study at Brigham Young University in Provo, Utah found that people with strong social connections have a 50 percent lower chance of dying than those with few social ties: 50 percent!

When it comes to lifespan, you’ve also got to factor in men’s fearlessness. Men are programmed for daredevil behavior more so than women. I’m not talking about binge drinking for a night with the boys (and wicked hangover).

The CDC reports that unintentional injuries are the third leading cause of death in men. It’s the sixth for women. I’m not risk-averse myself: I’ve bungee-jumped, portaged a canoe on wilderness camping trips, hiked the Ring of Kerry in Ireland without the best rain gear…

For men, biology is not always on their side. The frontal lobes of the brain develop much more slowly in males than females. They’re the parts that deal with responsibility and risk calculation. Men are risk-takers by nature.

So there you have it. There are reasons women are healthier and live longer than men. Biology is clearly in our favor. We’re designed to be smarter, more responsible human beings. That especially holds true for matters of our health.

Now, if only we could figure out a way to defy gravity so I wouldn’t have to worry about sagging and wrinkles…

During physical exams on new patients, there’s always one question that manages to break the monotony of an otherwise routine checklist of health questions: How old are you?

“A woman never tells…I’m young at heart…I feel older than I am…how old do I look?… I’ve been 25 for over four decades now…”

But if your age can’t predict how healthy you are, can your “fitness age?” According to a growing body of research, your fitness age could, indeed, provide a much more accurate and telling glimpse into your state of health, and perhaps even your ultimate mortality. Read more here.

How women can build strong bones for healthier aging

Concerned about your bones? And ways to keep bones healthy? You should be. The sooner you start the better. As they say, too, it’s never too late. Here’s what you can do.

Romantic relationships are bound to have their ups and downs, after all there is no such thing as a perfect relationship. Did you know however, that the mixed weight theory has thin men and fat women dealing with quite a bit of conflict?…..read more