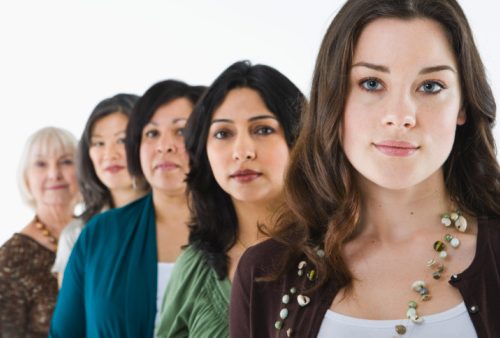 Some painful afflictions that you associated with your parents or grandparents could strike you or your children much sooner than you thought possible.

There are certain forms of cancer that young people are known to get such as lymphoma or leukemia, but both breast cancer and melanoma are forms of the disease that can strike the young. Most breast cancer cases occur when a woman is 45 or older, yet it is not unheard of for a younger woman to fight the disease. Preventative measures can be taken to help you avoid the risk though. Here are a few health tips you can follow:

• Learn about your family medical history

Melanoma or skin cancer has always been considered a problem for men and women in the 50 plus range, but doctors are now treating many people in their twenties and even teens. Some medical journals blame the tanning bed craze. They say that tanning beds can triple your chances of getting melanoma. Preventative steps like avoiding tanning beds, limiting your time in the sun, and making sure you use proper sunscreen outside are suggested. Oncologists say a few simple measures will avoid an emergency reaction later on.

Having strong bones gives you good posture, strength and balance. Sadly, over 30 million Americans have osteoporosis, a disease that makes the bones weak and brittle. It often leads to broken bones. Osteoporosis is one of the biggest reasons that elderly people need to be rushed to the emergency department. Doctors now report that the disease is hitting people as young as 50. The finger is being pointed at lack of exercise. Studies also show that smoking and alcohol can contribute to brittle bones. The best preventative action is to strengthen your skeleton with walking, climbing and jogging. Of course avoiding tobacco and excessive consumption of alcohol is also advised.

Over 5 million Americans over the age of 65 suffer from Alzheimer’s disease, but what is more startling… it is not just a disease that strikes the elderly. People in their 40’s have been known to get Alzheimer’s disease. Early onset of the disease often means quicker progression of the illness. Scientists are not sure why this happens. They do believe; however, that if you stimulate your brain by learning new languages, new musical instruments, new technology, as well as keep up a good exercise routine, you are less likely to face the disease.

When part of your brain dies due to lack of blood flow it is called a stroke. Smoking doubles your chances of having a stroke. If you are in your twenties or thirties and you are a heavy smoker, you are putting yourself at risk. People who are in this age range and have high blood pressure, high cholesterol or are obese are also putting themselves at risk.

Other Ailments –Is There a Preventative

Twenty years ago it was referred to as “adult onset diabetes”, but today type 2 diabetes can be found in youngsters. Research indicates that obesity and inactivity are the reasons more and more people are being diagnosed at an earlier age. Years ago young people only suffered from type 1 diabetes. Today, some studies show as much as a 5th of the newly diagnosed type 2 cases are young people. Experts say preventative steps need to be taught to kids earlier.

Health tips are recommended to prevent a long list of ailments that you would normally see only older people face. Have you ever met a 20 or 30 year-old with gout? It can happen. Rheumatologists say binge drinking, obesity and sudden weight loss from crash dieting can cause gout in younger people.

Many doctors believe with life-style adjustments we have the power to avoid emergency situation; including the onset of some of the diseases mentioned above.