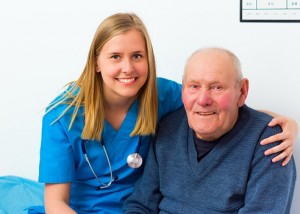 A new system was developed that can diagnose dementia and its level of severity.
A renowned neuroscientist at Florida Atlantic University has developed a system for diagnosing dementia that is very fast and effective. Aptly named “Quick Dementia Rating System” (QDRS), this new system cannot only determine whether a person suffers from dementia, but can also gauge how severe or mild it is.

The existing system of diagnosing and determining the degree of dementia is a time-consuming one that usually takes anywhere between four and five hours, when done by a seasoned professional. The process involves administering the stimuli, interpreting the responses and scoring the results of the tests. But with the QDRS, an inexperienced layman can get accurate results (as good as gold standard dementia tests) in as little as four to five minutes. Learn More

Researchers found that changes in humor and behavior can be early warning signs for dementia. 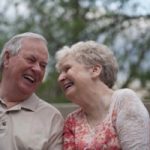 FTD is most commonly in those in their 50s and, unlike other forms of dementia, memory loss is not a predominant characteristic. Changes in humor have also been observed as an early sign of Alzheimer’s disease, which is the most common form of dementia and affects nearly 5.3 million Americans.

For the study researchers asked the friends and family of 48 patients with various forms of FTD or Alzheimer’s disease, along with 21 healthy volunteers, to answer questionnaires about their loved one’s sense of humor. Learn More

The number of dementia cases is on the rise. 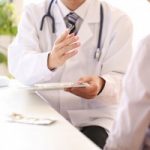 Researchers have reported nearly 41 million people globally have dementia. The number has grown from 35 million in 2009. Researchers estimate that every two decades the number of cases will double. By 2050 cases of dementia are targeted to reach 135 million.

Dementia is commonly thought to be a normal part of aging, but dementia does not have to be a result of simply getting older. Dementia is a condition which affects memory, thought process, behavior and the ability to perform everyday tasks. The World Health Organization (WHO) estimates that a case of dementia is diagnosed every four seconds worldwide. Dementia is a large economic burden on healthcare systems; the U.S. alone spends $604 billion annually, and this number is projected to rise to $1 trillion by 2050. Learn More 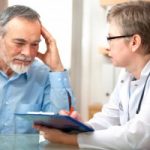 Although 1.3 million Americans suffer from Lewy body dementia, it is still hard to recognize, which can delay diagnosis and treatment. Researchers have found a three-minute test that may be successful in diagnosing Lewy body dementia and speeding up treatment.

Lewy body dementia is characterized by a decline in cognitive function, mobility and changes in behavior. Until now it has not been possible to assess and operationalize many of the cognitive and behavioral symptoms that are part of Lewy body dementia within a clinical setting.

Researchers at Florida Atlantic University have come up with what they call, “Lewy Body Composite Risk Score” (LBCRS). This test is able to successfully diagnose Parkinson’s disease and Lewy body dementia within three-minutes. Learn More

Diabetes and Dementia: Diabetes may lead to memory loss, dementia in elderly

Researchers discovered that people who suffer from diabetes may also be more likely to get dementia. 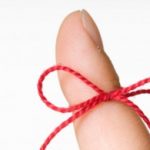 Inflammation playing a role in type-2 diabetes is nothing new, but the reduced blood flow that results has also been linked to memory loss and dementia in the elderly.

Over the last decade more research has looked at diabetes and the brain. Just this summer, a study published in the journal Neurology outlined that reduced blood flow and blood vessel capability speeds up cognitive impairment. In fact, the study showed that diabetes and memory loss are closely related.

Researchers studied 65 people between the ages of 57 and 75. Thirty-five of them had been treated for type-2 diabetes. At the beginning of the study they were tested for memory and brain function. Blood tests, blood pressure, inflammation markers, as well as MRI scans were taken into consideration. Learn More