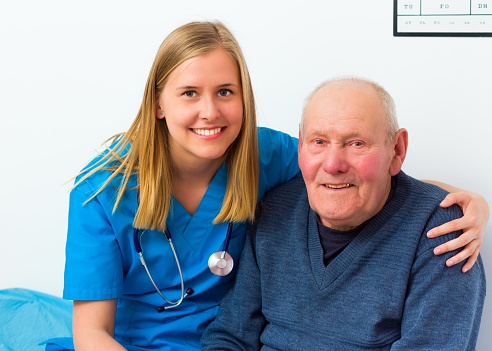 A renowned neuroscientist at Florida Atlantic University has developed a system for diagnosing dementia that is very fast and effective. Aptly named “Quick Dementia Rating System” (QDRS), this new system cannot only determine whether a person suffers from dementia, but can also gauge how severe or mild it is.

The existing system of diagnosing and determining the degree of dementia is a time-consuming one that usually takes anywhere between four and five hours, when done by a seasoned professional. The process involves administering the stimuli, interpreting the responses and scoring the results of the tests. But with the QDRS, an inexperienced layman can get accurate results (as good as gold standard dementia tests) in as little as four to five minutes.

The QDRS differentiates people with or without dementia using an evidence-based approach. If a person has dementia, it determines which of the four clinical sub-stages – very mild, mild, moderate or severe – the patient can be put in to. This rapid evaluation system will be of great help for clinicians as well as for researchers who can use it to pre-qualify patients in biomarker research, clinical trials, community surveys and prevention studies.

QDRS is the brainchild of James E. Galvin, M.D., M.P.H., professor of clinical biomedical science at Charles E. Schmidt College of Medicine. He is also a professor in the Christine E. Lynn College of Nursing at Florida Atlantic University. The prominent neuroscientist recently published his views on QDRS and its successful results in Alzheimer’s & Dementia.

Prof. Gavin has been involved in the development of many tools for identifying dementia. In fact, the method (AD8) that is currently used by doctors and clinicians across the globe to detect dementia in people of different regions is part of his impressive portfolio, too.

The QDRS comprises of 10 questions that can be completed by almost anyone – caregivers, friends or family members. To maximize its clinical utility, the team ensured the questionnaire is brief and concise. In fact, the entire document can be printed on one page or viewed as a single screenshot. The questionnaire covers all aspects of cognitive function including: 1) attention and concentration; 2) ability to take decisions and solve problems; 3) memory and recall; 4) mood; 5) at-home activities and hobbies; 6) personal hygiene; 7) changes in behavior and personality; 8) ability to communicate and understand; 9) orientation; and 10) activities outside the home.

Each question for every one of the above areas has five probable answers, depending on the severity of the symptoms. The total score is arrived at by adding up the results of the ten areas. The final scores range from 0 to 30. The higher the score, the more severe the problem.

After extensive experimenting and analyzing the results of the Quick Dementia Rating System in a clinical study, the research team is confident the QDRS is as effective as the gold standard used today to screen for the stages of dementia. According to Prof. Gavin, “This new tool empowers clinicians to get the results of full screening in a fraction of the time.”

In the study, the researchers analyzed 267 people with various forms of dementia – from Lewy Body Dementia to Alzheimer’s disease – against 32 healthy controls. The participants in the study included partners, adult children, relatives, friends and paid caregivers who completed the QDRS.

“The QDRS has the potential to provide a clearer, more accurate staging for patients unable to see more specialized clinicians and get them the treatment, referrals and community services they so desperately need,” explained Prof. Gavin.

The Quick Dementia Rating System is copyrighted and permission to use it is required. However, it is available to clinicians, researchers and not-for-profit organization, for free.

Galvin and his team are now working to improve clinical detection by combining high density Electro-encephalography, Magnetic Resonance Imaging, Positron Emission Tomography and Cerebrospinal fluid biomarkers to characterize and differentiate Lewy Body Dementia from healthy aging and other degenerative diseases of the brain.

The findings were published in Alzheimer’s & Dementia.