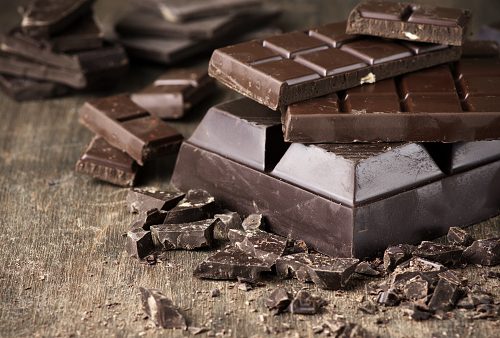 Symptoms related to high blood pressure may be eased by eating chocolate, according to research findings. There have already been numerous studies that have pointed to dark chocolate for its health benefits, so this study is just additional findings that support dark chocolate’s benefits to health.

The study included over 14,000 participants. The researchers found that participants who consumed more than four dark chocolate bars a week had significant reductions in blood pressure.

Blood pressure and heart rate were taken from the participants while sitting and at rest.

The more dark chocolate a person ate, the more significant the reduction in blood pressure was measured.

Additional research is required to determine whether or not dark chocolate should be recommended as part of treatment to order blood pressure.


Director at the Blood Pressure Association, Mike Rich, added, “Of course, there’s nothing wrong with the occasional sweet treat, but eating too much chocolate may cause weight gain, which in turn raises blood pressure, so we wouldn’t recommend that people rush out to get giant bars of dark chocolate just yet.”

High blood pressure—hypertension—is a growing problem worldwide and as mentioned, is the number one risk factor for heart disease. For many, hypertension goes undiagnosed until it’s too late. This is because high blood pressure can be symptomless and when symptoms do arise, it could be a result of a more serious health problem.

If you’re looking for a treat, then it is recommended to opt for dark chocolate as it contains high levels of flavanols, which have been found to have positive effects on overall health. But with any treat, moderation is key.

Along with living a healthy lifestyle, adding a couple of squares of dark chocolate is a good idea to get added health benefits.

Why chocolate is better for you than you think