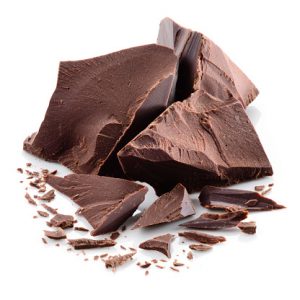 Most of us will not hesitate to stuff our faces with chocolate when given the chance, and who would blame use. Chocolate is delicious—perhaps the most delicious food on the planet. The consumption of chocolate even goes back to 1900BC. They not only enjoyed it but believed the cacao seed was a gift from the god of wisdom. If that isn’t a testament to how good chocolate is, I don’t know what is!

For years now, the consumption of chocolate has been promoted as harboring many beneficial health effects, from lowering body mass index to lowering blood pressure. However, these studies were done with dark chocolate and not milk chocolate. Dark chocolate is known for having a high amount of actual cocoa and is seen as the healthier form of chocolate.

New research into dark chocolate has found that the delicious treat can have neuroprotective effects, benefitting cognition.

Cocoa is known to contain flavonoids—beneficial phytonutrients found in plant-based products. For their study, the researchers wanted to know what happens to the brain up to a few hours after you eat cocoa flavanols, and what happens when you sustain a cocoa flavanols-enriched diet for a prolonged period of time.

Short and long-term benefits of chocolate consumption for cognition

The study found that the acute effects on the brain produced beneficial effects on cognitive performance. The participants showed enhancements in working memory performance and visual information processing after having cocoa flavanols.

The acute effects of cocoa flavanols even show promise for counteracting the effects of cognitive impairment due to total sleep deprivation in women, the researchers found.

Long-term ingestion of cocoa flavanols, ranging from five days to three months, was investigated in elderly individuals. The researchers found that a daily intake of cocoa improved their cognitive focus. These included factors such as attention, processing speed, working memory, and verbal fluency.
However, these effects were most pronounced in older adults who had already shown signs of memory decline or other mild cognitive impairments.

“This result suggests the potential of cocoa flavanols to protect cognition in vulnerable populations over time by improving cognitive performance. If you look at the underlying mechanism, the cocoa flavanols have beneficial effects for cardiovascular health and can increase cerebral blood volume in the dentate gyrus of the hippocampus. This structure is particularly affected by aging and therefore the potential source of age-related memory decline in humans,” said authors Valentina Socci and Michele Ferrara from the University of L’Aquila in Italy.

Not without its downsides

The researchers believe that regular consumption of cocoa and chocolate could be beneficial when eaten daily. But they warn that chocolate does come with some downfalls, such as high caloric value, having unwanted compounds such as caffeine, and potentially having additives such as sugar and milk.

Another reason chocolate is good for your health

Is chocolate really good for your health?