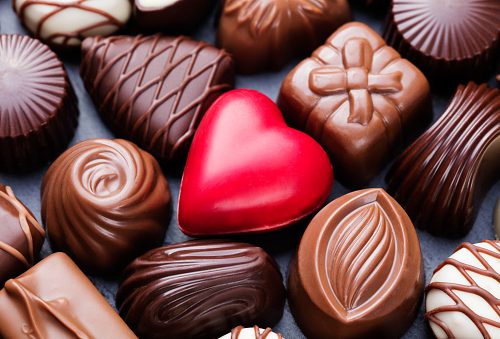 There is nothing more delectable than your favorite sweet, and for most people, this means chocolate. Derived from cacao seeds, this naturally occurring food has been cultivated for millennia and is treated as a delicacy. Nowadays, chocolate can be found almost anywhere and is treated as a source of unwanted calories. However, new research into chocolate finds that it may lower the odds of atrial fibrillation (Afib).

Afib is when your heart beats abnormally. Normally, your heart beats in the rhythmic fashion required to efficiently pump blood throughout the body. If this doesn’t happen, blood may not reach vital organs, becoming stagnant. This increases the likelihood of blood clot development.

The study in question took into account 13 years’ worth of research, with more than 55,000 participants being included. The researchers wanted to compare people who ate varying amounts of chocolate to see its effects on Afib. More than 3,300 cases of Afib were observed.

Chocolate is only part of the equation

The researchers did not seek to prove a cause and effect relation. Instead, they simply wanted to prove a relationship exists. The exact reasoning is still uncertain.

The researchers stress that heart health relies on more than just chocolate intake. Factors such as regular aerobic exercise and healthy lifestyles all play a role.
“Our study adds to the accumulating evidence on the health benefits of moderate chocolate intake,” said lead author Elizabeth Mostofsky, an instructor in epidemiology at the Harvard School of Public Health.

It is possible that chocolates high level of flavanols—beneficial phytonutrients—may be the reasoning behind its heart effects. Eating excessive amounts of chocolate can lead to weight gain and other metabolic problems if not eaten responsibly, according to the researchers. Therefore, it’s important to be wary of over-eating.

While chocolate provides other benefits such as lowering cholesterol and even preventing memory decline, it can be damaging in excess. A moderate intake of chocolate is recommended, with most doctors endorsing high cocoa dark chocolate.

Related: Another reason chocolate is good for your health