Home » Health News » Is chocolate really good for your health? 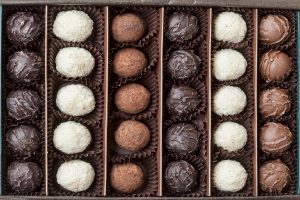 Chocolate’s health benefits have always been a topic of discussion. The most recent research confirms that chocolate is actually good of health, so that’s good news. But before you stock up on your favorite treat, do keep in mind that its benefits are not fully understood yet, so you may want to keep your chocolate intake under control.

The researchers can’t really recommend a particular amount or type of chocolate at this point. However, “…when balancing the benefits and risks. [Users] shouldn’t ignore the calories and sugar that may come with chocolate,” explained lead author Xiaochen Lin.

The researchers still suggest that additional research be conducted to fully understand the benefits of chocolate on human health, but so far chocolate appears to offer short-term benefits.

Coauthor of the study Dr. Simin Liu explained, “The findings from the current study apparently shouldn’t be generalized to different sorts of chocolate candies or white chocolates” since they could have different levels of sugar and fat.

In the meantime, if you want to get in your chocolate fix, then it may be wise to choose a square of dark chocolate as that type is highest in flavanols.