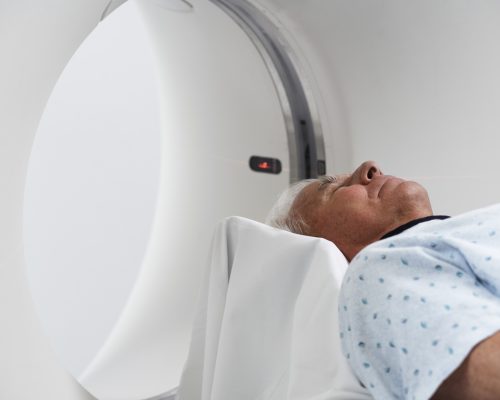 A concussion can occur due to a sports injury, car accident, or any other injury that occurs to the head.

It’s been found that adults in their mid-50s who experience a traumatic brain injury (TBI) like concussion have a higher risk of developing dementia. First author Raquel C. Gardner said, “I hope that these results will highlight the critical importance of preventing falls in older adults. Fall prevention will not only prevent bodily injury, but may even help prevent dementia.”

There are minimal studies that reveal the link between traumatic brain injuries and the risk of dementia, which have yielded conflicting results. The study conducted by Dr. Gardner and colleagues examined this associated risk by including non-TBI trauma (NTT) patients as controls.

The researchers identified 164,661 patients over the age of 55 diagnosed with either TBI or NTT, all without dementia. During the five- to seven-year follow-up period, 8.4 percent of patients with TBI developed dementia compared to 5.9 percent with NTT. Diagnosis of dementia in TBI patients was 3.2 years sooner than the NTT group. The researchers found that TBI was closely associated with a higher risk of dementia.

There are many reasons as to why TBI may increase the risk of dementia, as noted by the researchers, such as TBI triggering progressive neurodegeneration.

“Given the relatively short duration of follow-up in this study (five to seven years), we are unable to comment on a possible role of TBI in triggering a de novo neurodegenerative cascade, but our results could theoretically lend support to either of the other two proposed theories,” the researchers noted in the article. They further explained, “Whether a person with TBI recovers cognitively or develops dementia, however, is likely dependent on multiple additional risk and protective factors, ranging from genetics and medical comorbidities to environmental exposures and specific characteristics of the TBI itself.”

They also noted that 34 of the 64 concussion patients experienced sleep-wake disturbances, which means they had difficulties falling asleep or staying asleep. This was still found 70 days after the concussion, whereas concussive symptoms normally subside after 10 days to three months.

Additional findings revealed that concussion patients had portions of their white and grey matter in the brain clustered together in areas where they are typically not found. This damaged the integrity of the brain structure, which can contribute to neurodegeneration, leading to ailments like Alzheimer’s disease.

Study lead Dr. Saeed Fakhran said, “The first step in developing a treatment for any disease is understanding what causes it … If we can prove a link, or even a common pathway, between MTBI [concussions] and Alzheimer’s, this could potentially lead to treatment strategies that would be potentially efficacious in treating both diseases.”

The elderly recover slower from concussions

New research reveals that the elderly take a longer time to recover from a concussion. Concussions are known as mild traumatic brain injuries and account for 75 percent of brain injuries that occur. Working memory may become affected after a concussion, but MRI and CT scans are unable to find abnormalities in the brains of concussion patients. Functional MRI (fMRI) is becoming more popular as a means of examining concussion patients. Continue reading…