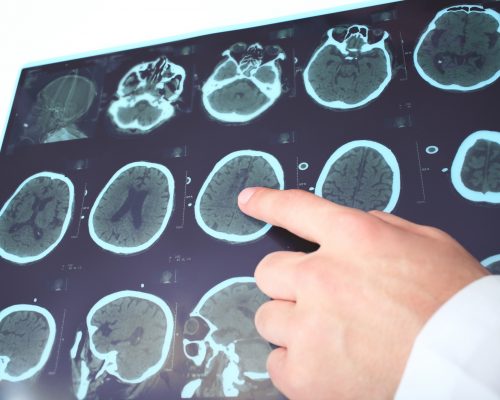 Suffering a traumatic brain injury (TBI) increases the buildup of Alzheimer’s plaques in the brain, as found by a new study that suggests these plaques even form in areas not typical to Alzheimer’s disease.

Previous research has proposed that TBI can contribute to dementia, and this research was the premise the new study was based upon. The researchers found that moderate to severe TBI increased plaque buildup in nine middle-aged participants who were observed over a few months or years.
Study author David Sharp said, “More and more evidence suggests brain trauma can trigger long-term processes that may be harmful, suggesting the window for treatment after a head injury may be much greater than previously thought. Additional research needs to be done to understand these long-term processes, such as amyloid plaque deposition and persistent brain inflammation, and, of course, to develop treatments that target these processes.”

Over the last decade, the rate of TBI cases in the emergency room skyrocketed to 70 percent.

The research team included 28 participants in the study – nine with a past TBI, nine were healthy, and 10 had Alzheimer’s disease. The participants underwent MRI and PET scans. Those with head injuries also underwent diffusion tensor imaging to detect damage to brain cells that occurred after the injury.

Sharp added, “We were surprised to find amyloid plaques in the cerebellum, an area of the brain not usually affected by Alzheimer’s disease. This suggests the processes which produce amyloid in brain injury and Alzheimer’s are not the same.”

With the rise of awareness regarding concussions, Sharp is still unsure how to apply his findings to concussion scenarios. He concluded, “A single severe head injury is not the same as many concussions, so extrapolating from our study is difficult. However, they do have pathological similarities … and other studies have linked repetitive mild head injuries to the development of chronic traumatic encephalopathy (CTE), a condition which has pathological features that include amyloid plaques.”