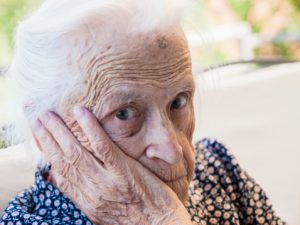 A sunny outlook on life doesn’t just brighten your day in the present – it could also help protect your brain from dementia in the future.

Dementia is a decline in mental ability that is severe enough to affect one’s daily life. The most common form of dementia is Alzheimer’s disease, which affects more than five million Americans and is the sixth leading cause of death in the country. One in three seniors dies with Alzheimer’s or another form of dementia, according to the Alzheimer’s Association.

A recent study published in Neurology found that people with cynical distrust – a belief that other people are motivated primarily by selfishness – may be more likely to develop dementia. Past research shows that cynical distrust may be related to other health problems, including heart disease.

The researchers looked at 1,449 people with an average age of 71, who were tested for dementia. The participants were given a questionnaire to measure their levels of cynicism, with questions like “I think most people would lie to get ahead” and “It is safer to trust nobody.”

Two tests for dementia were completed by 622 study participants, and the average time of the second test was eight years after the start of the study. The scores on the questionnaire tended to be consistent over a period of several years and were used to place people into groups of those with low, moderate, or high levels of cynical distrust.

Forty-six participants were diagnosed with dementia over the period of the study. Fourteen of the 164 participants (8.5 percent) with high levels of cynicism developed dementia, compared to nine of the 212 (4.2 percent) with low cynicism. The researchers adjusted the results for health factors that could also affect brain health.

In the second part of the study analysis, the researchers looked at 1,146 people of which 361 died within the average follow-up period of 10 years. The researchers didn’t find an association between high levels of cynical distrust and early death once they adjusted for factors like socioeconomic status and smoking.


Connection between personality and brain health

“These results add up to the evidence that people’s view on life and personality may have an impact on their health,” study author Anna-Maija Tolppanen of the University of Eastern Finland said in a statement for the American Academy of Neurology.

“Understanding how a personality trait like cynicism affects risk for dementia might provide us with important insights on how to reduce risks for dementia.”

The research looking at the connection between dementia and cynicism is the first of its kind, so it provides new insight into how our attitudes can affect our brain health. However, one doctor has said that the early symptoms of dementia can also affect one’s outlook, and cautioned that the results are limited.

“We do know that some people with dementia experience symptoms of paranoia, confusion, and mood changes, which can lead to cynicism and mistrust,” Dr. Doug Brown of the Alzheimer’s Society told the Daily Telegraph.

“Building a better understanding of the less well-known symptoms of dementia including personality changes and depression will help us understand the condition better and improve the treatment, care,and support we can provide.”