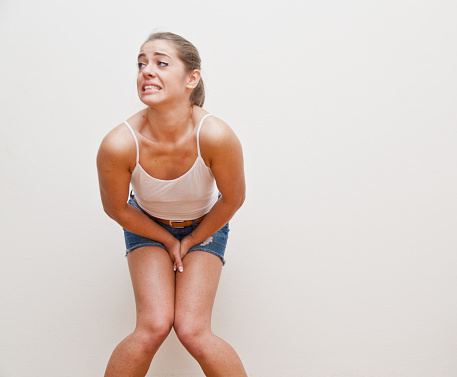 Finding a bathroom during times of urgency can be extremely stressful, but luckily, most of the time we are able to find the facilities in time and enjoy well-deserved relief. While this may only seldom occur to the majority of us, there are people out there who struggle with this ordeal on a daily basis—they have been diagnosed with overactive bladder. Being a recognized disorder, there are various pharmaceutical treatment options patients may choose from. However, according to a new study, an antimuscarinic medication used in women for the treatment of overactive bladder was linked with and an increased risk of depression.

“This population-based retrospective cohort study found that use of antimuscarinics was associated with subsequent depressive disorder in women with overactive bladder,” said Li-Ting Kao, senior author of The Journal of Clinical Pharmacology study.

Overactive bladder causes a sudden urge to urinate, with those affected having difficulty stopping this urge, leading to involuntary loss of urine (urge incontinence). As you can imagine, these individuals are subject to embarrassment, often causing them to prefer isolation, limiting both their work and social lives. There are many conditions that contribute to signs and symptoms of overactive bladder, including:

-Diabetes
-Acute urinary tract infections
-Factors that obstruct bladder flow
-Declining cognitive function due to aging
-Incomplete bladder emptying
-Neurological disorders, such as stroke or multiple sclerosis
-Medications that cause a rapid increase in urine production
-Abnormalities in the bladder, such as tumors or bladder stones
-Excess consumption of caffeine or alcohol
-Difficulty walking, which can lead to bladder urgency if you’re unable to get to a bathroom
Management of an overactive bladder includes behavioral changes such as fluid restriction, timed bathroom visits, and bladder holding techniques using the pelvic floor. If these initial methods prove unsuccessful, pharmaceutical medication is often the next step in treatment. This is where the study mentioned found patients were having depressive issues. The researchers found that women with overactive bladders who received antimuscarinics were 38 percent more likely to be diagnosed with depressive disorder within the next three years than those who did not receive antimuscarinics.

Antimuscarinic medications are a type of anticholinergic agent that blocks muscarinic receptors. They can also be used for motion sickness, cardiac arrhythmias, parkinsonism, chronic asthma, and pupil dilatation agents. Their purpose is to mainly induce muscle relaxation, which is why they are good for treating overactive bladders. But studies such as this one finding depression to be a significant side effect indicate that treatment may be causing more harm than good. Studies have found that several unwanted side effects frequently occur when patients with overactive bladder receive the drugs.o