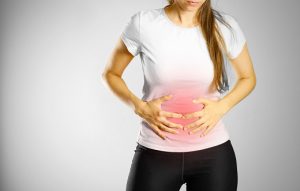 Colitis refers to the inflammation of the colon, more commonly known as the large intestine. The inflammation could be the result of an allergic reaction, infection, an inflammatory bowel disease, or due to a reduction in blood supply—a condition called ischemic colitis. Infectious colitis is usually caused by a virus, parasite, or bacteria and colitis that results from inflammatory bowel disease, including collagenous colitis, pancolitis (also called ulcerative colitis) and Crohn’s disease.

Colitis is a fairly common condition. One in 1,000 Americans suffers from it. The age of most patients who report colitis ranges from 15 to 35. Among the various forms of colitis, ulcerative colitis is the most common.
In order to build awareness, we featured several articles including one on Crohn’s disease vs. ulcerative colitis, so our readers can understand how the two are different.

What are the causes and symptoms of collagenous colitis?

Collagenous colitis is caused by swelling and inflammation due to inflammatory cells traveling to the large, and sometimes small, intestine. If your large intestine is unable to properly reabsorb water, it causes the symptoms of collagenous colitis.

There are many factors that can contribute to collagenous colitis including a potential reaction to bacteria, pollen, or food. Certain medications may be triggers for CC, a list that includes nonsteroidal anti-inflammatory drugs (NSAIDs); antacids; antidepressants; diabetes medication; and cholesterol medication. Continue reading… 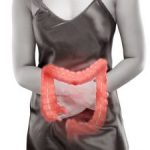 Pancolitis refers to inflammation of the entire colon. The word is quite descriptive in itself as the word “pan” means all or entire, while the word “colitis” refers to inflammation of the colon. This is often a result of a medical condition, most commonly ulcerative colitis (UC), which is a disease that is known for causing inflammation and ulcers (sores) in the lining of the large intestine. Approximately 20–40 percent of UC patients suffer from pancolitis.

Other inflammatory condition may also cause pancolitis and include autoimmune diseases such as rheumatoid arthritis (RA) and infections with bacteria such as Clostridium difficile. Continue reading… 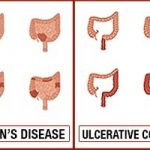 Crohn’s disease and ulcerative colitis are part of the group of conditions known as inflammatory bowel diseases (IBD). Prior to the 20th century, before the rise of hygiene and urbanization, inflammatory bowel disease was quite rare. Currently, IBD is found in developed countries and is believed to be caused by a lack of germ resistance development – although the exact cause is still unknown.

For those living with IBD, their immune system mistakes food and bacteria in the gastrointestinal tract for an allergen or foreign substance, so it sends out cells to destroy it. The result of these attacks is chronic inflammation.

Although the exact causes of Crohn’s disease and ulcerative colitis are unknown, genetics and environmental factors are believed to play a role. Crohn’s disease and ulcerative colitis are often interchanged for one another, but we will outline the differences between the two, including symptoms, causes, and treatments in order to provide you with a better understanding of either condition. Continue reading… 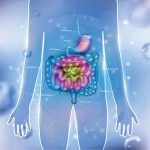 The term infectious colitis sounds awful, and it can be. Infectious colitis is inflammation of the main part of the large intestine (colon) and can lead to sudden lower abdominal pain. In some cases, the pain can be severe.
While inflammation is a common medical term and may not seem all that serious, the reality is that when left untreated, it can lead to complications and has the potential to be deadly.

Infectious colitis is not to be confused with other types of colitis, such as ulcerative colitis. Ulcerative colitis is an inflammatory bowel disease, but its causes are normally due to infections from bacteria, viruses, parasites, or fungus. The term colitis refers to the main symptom, which is diarrhea.

Infectious colitis is often linked with food poisoning, which is an infection of the stomach and rectum. The most common cause of a food poisoning type of infectious colitis is contaminated water, and it comes from a parasite called entamoeba histolytica. You can also experience sudden diarrhea after consuming food contaminated with bacteria. E-coli, salmonella, shigella, yersinia, or campylobacter are all bacterial intestinal infections. Continue reading… 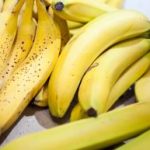 Sometimes mistaken for other digestive issues, ischemic colitis can heal on its own or turn into an infection, which can be prevented with medication. Surgery may be required if the colon gets damaged.
Natural remedies and diet can be effectively used to aid in ischemic colitis treatment.

The severity of ischemic colitis can often be controlled by the foods you eat as well as by avoiding foods that trigger symptoms. The frequency of meals also plays a role, as eating smaller meals more frequently may effectively manage ischemic colitis symptoms. The follow diet recommendations should be incorporated into your lifestyle to get the full benefit. Continue reading…

Since each type of colitis is different, the diagnosis, treatment, and dietary recommendations will depend on the type and cause. While infectious colitis and ischemic colitis may be curable, in others, treatment may focus on preventing the recurrence of symptoms in cases such as collagenous colitis. Treatments may range from medication to surgery for extreme cases of ulcerative colitis and Chron’s disease. It is important to get a timely and accurate diagnosis.

Colitis is not only painful but also difficult to diagnose and treat. It is best to prevent colitis by maintaining personal hygiene, drinking clean water, cooking food so that the bacteria are killed, eating foods that are low in fat and preservatives, and eliminating foods that are hard to digest.