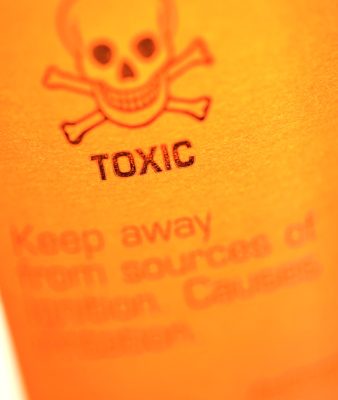 Protein is generally recognized as a major component of our daily diets, allowing a resource for essential amino acids that comprise various hormones, enzymes and structural components of the body that promote good health. Without any protein in our daily diets, it may be possible to develop poor muscles and bones, as well as problems in maintaining normal activities in different body systems.

Protein is therefore essential for good health because it provides the building blocks for most of the cells, tissues, and organs of the body.

Little to No Protein in Processed Meats

Protein is commonly derived from consuming different types of meat in our daily diets for good health, including fresh and processed meat products. Fresh meat consists of recently cut slices of chicken, beef, or pork, whereas processed meat pertains to any other meat portions that are mixed with spices, salt, and herbs, as well as subjected to food processes such as broiling, roasting, or freezing. Choice-cut steaks and pork chops are major examples of fresh meat, whereas hotdogs, sausages, and ham are considered processed meats.

The integration of processed meat in diets has been largely fueled by its ease in preparation. These meat products do not require extensive efforts to make a meal because it simply involves frying, boiling, or direct eating. The taste of these meat products have also been improved through time and thus most individuals enjoy eating a hotdog or ham sandwich on a regular basis. Coupling the simplicity of preparing meals using processed meats and using this as a source of protein for good health has resulted in its use in most diets.

However, the notion of eating processed meats in regular diets for good health may somehow change after the release of alarming reports on its impact on the human body. There is now accumulating evidence that diets consisting of processed meats may not be helpful in promoting good health and actually be too dangerous for public consumption. According to a recent medical report published in the journal British Journal of Nutrition, diets largely consisting of processed meats were strongly associated with a higher risk of developing type 2 diabetes. It may be possible that this specific protein source is triggering metabolic reactions in the body that results in the increase in blood sugar levels of the body. Using a study population consisting of approximately 27,140 study participants within the age range of 45–74 years old, the researchers discovered upon follow-up 12 years later that those individuals who developed type 2 diabetes were following diets that were largely comprised of processed meats as a source of protein, with the notion that this will promote good health. The report also showed that using high-protein diets for weight loss might also decrease the chances for good health by increasing the risk for developing type 2 diabetes.

The Study on Processed Meats in Diets

In another recent medical report published in The Journal of Pathology, the consumption of processed meats was strongly associated with the development of colorectal cancer. Using genetic analysis to identify mutations in the APC gene, which is the specific causative gene for colorectal cancer, specific DNA mutations were linked to the consumption of processed meats as source of protein. The study also hypothesized that the use of nitrous compounds for preserving these protein products may be responsible for the incidence of genetic mutations.

It may be possible that in the coming months and years, more reports will be released on the actual effect of processed meat products in maintaining good health. Although processed meats are easy to procure and to prepare, it is still best to use fresh food items in meals. These food items are devoid of chemicals, treatments, and possible mutagens that may impact our good health. More importantly, fresh food items, including meat, are also ensured of its nutritional content and food safety.