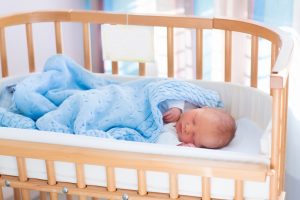 Circumcision in adults and older boys raises infection risk, while the cost of the procedure and the risk of possible complications were found to be lower in infants. Circumcision is normally done during the first few days or weeks of an infant boy’s life. Nearly six percent of U.S. males get circumcised later on in life which increases the risk of infections and complications.

The study analyzed insurance billing data that estimated circumcision rates in 2010 for babies up to one month (neonates) and older infants up to one year old.

The researchers found that circumcision beyond the age of one month increases the cost because older boys typically require greater anesthesia. For infant boys, circumcision usually costs around $285, compared to $1,885 later on in life.

Dr. Colin Knight, a pediatric surgeon at Miami Children’s Hospital in Florida, said, “I tell parents the earlier, the better.” For Dr. Knight, three to four months is the cut-off for local anesthesia.

Circumcision is often performed for religious and cultural reasons, but some health benefits have also been found, such as lowering the risk of HIV, sexually transmitted diseases, and urinary tract infections.


Circumcision during infancy has a low rate of complications, compared to adulthood

Circumcision during infancy has a low rate of complications, compared to adulthood. Risks and complications rise as the boy becomes older. The researchers analyzed data from 1.4 million circumcised boys of which 93 percent underwent the procedure as infants.

The overall rate of 41 potential complications was less than 0.5 percent, but this risk rose to over 20 percent in boys circumcised between the ages of one and nine. Risk was 10 times greater if circumcised over the age of 10.

Study author Charbel El Bcheraoui concluded, “Given the current debate about whether [circumcision] should be delayed from infancy to adulthood for autonomy reasons, our results are timely and can help physicians counsel parents about circumcising their sons.”