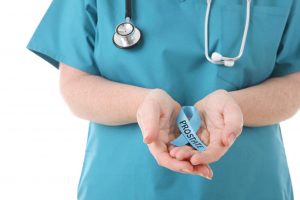 For the study, the researchers interviewed 2,114 men. Half of the men had been diagnosed with prostate cancer between 2005 and 2009, and the other half were controls. Men were asked about their lifestyle and medical history, whether or not they were circumcised, at what age they were circumcised, and which procedure was performed.

Researchers are still unaware of the mechanisms, which endow circumcision with its protective benefits against prostate cancer, but extensive research points to the fact that being circumcised reduces the risk of developing prostate cancer and STD.

Research director Marie-Élise Parent said, “Unlike the skin that covers our bodies, the inner surface of the foreskin is composed of mostly non-keratinized mucosal epithelium, which is more easily penetrated by microbes that cause infections.” Therefore, removing the foreskin may be able to reduce the risk of infection, which could contribute to prostate cancer. Lastly, additional research is required to establish the connection between the greater benefits of circumcision seen in Blacks.

Here are some additional benefits associated with circumcision. It:

Although there are benefits to circumcision, it is not for everybody. A person who has a blood-clotting disorder cannot undergo circumcision, and circumcision is not recommended for premature babies still in care units.

Other points to note is that circumcision does not impact male fertility, nor does it reduce sexual pleasure for the man or his partner.

Prostate cancer diagnosis, surgery can cause anxiety, depression in elderly

Prostate cancer among elderly men can lead to anxiety and depression. Prostate cancer is the most common form of cancer in elderly men, and even though medical advancements are allowing more men to live with a diagnosis of prostate cancer, depression and anxiety can still linger and affect treatment and recovery. Continue reading…

A common prostate cancer treatment has been linked to an increased risk of Alzheimer’s disease. The research was led by Stanford University School of Medicine and the University of Pennsylvania Perelman School of Medicine. The research reviewed electronic medical records of prostate cancer patients, and researchers found the risk of Alzheimer’s disease was nearly doubled in those who were treated with androgen deprivation therapy (ADT). Continue reading…