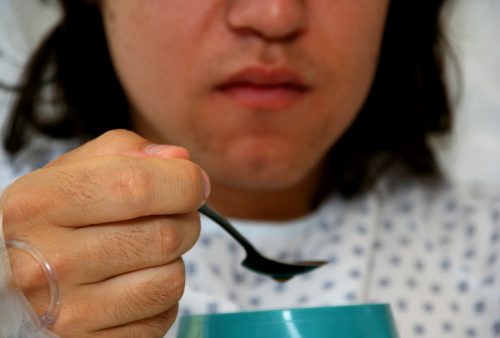 There are dozens of home remedies that have failed to live up to their hype; however, one treatment that has stood the test of time is chicken soup. How many times have you heard that you should try chicken soup for a cold? It turns out that doctors have tested the theory and most agree it is a functional food.

A functional food is any food that that has health promoting or disease preventing abilities. Doctors have carefully dissected the ingredients of grandma’s homemade chicken soup and have discovered that it really does have properties that can help you fight the symptoms of the common cold.

Over 200 different viruses are thought to cause a cold and each year millions of people in the United States alone suffer a cold. There is no quick cure; just treatment options such as bed rest, drinking lots of fluids, taking medicines that will help relieve the symptoms, and as we have been prescribed by grandmothers and mothers, chicken soup.

According to research conducted through the University of Nebraska Medical Centre, our diets play a big role in treating symptoms of the cold. Researchers said they have discovered that chicken soup contains a number of medicinal substances.

Medical Explanation on This Functional Food

Medical researchers believe colds are the result of mild infections in the upper respiratory tract. Most symptoms are related to the fact that the infection stimulates proteins that lead to immune reactivity. As a result inflammation occurs and circulating white cells called “neutrophils” create mucous release, cough and sputum. At the University of Nebraska, researchers demonstrated that chicken soup inhibited “neutrophils” migration, indicating an anti-inflammatory property.  It is worth noting that when you are suffering from a cold, hydration is very important and chicken soup certainly can provide you with good hydration.

While home-made chicken soup seemed to pass the test, researchers were curious to see how commercial products would stand up. It turns out that the chicken soups you purchase at your local grocery store are also functional food. Some of them had more punch than grandma’s recipe while other brands didn’t hold as much medicinal strength. Scientists also explain that many canned products contain extra sodium which can defeat your hydration efforts.

The Mayo Clinic supports the effectiveness of chicken soup and encourages people to include it in their diets, especially when they are suffering from a cold. Staff at the clinic says in addition to having an anti-inflammatory impact, it has the ability to limit the amount of time the viruses are in contact with the nose lining.

So you might be wondering what the magic ingredient is? At this point, researchers say they can’t pinpoint just one item. It appears that several ingredients in the soup have inhibiting actions and medicinal properties. The vegetables have plenty of vitamins of course, and it turns out that proteins extracted from chicken collagen have strong medicinal benefits. In fact, research shows that this chicken protein substance may not only help the common cold, it may also help fight high blood pressure.

Those who have long questioned chicken soup as a remedy for the common cold suggest it is the steam from the hot bowl that is really helping people. The lead researcher from Nebraska took it upon himself to take tap water and heat it up to test the argument. It turns out that the hot water had no effect.

In the case of the common cold, many pulmonary specialists agree with Hippocrates words: “Let food be thy medicine and medicine be thy food”.