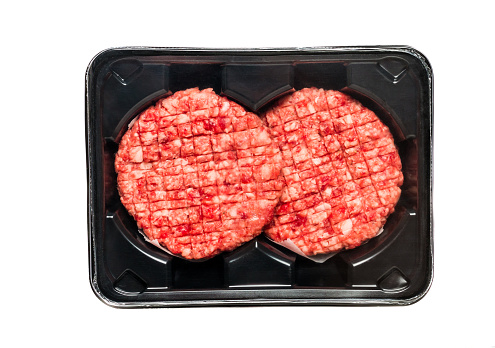 We go through each day of our lives eating, sleeping, and hopefully performing some form of exercise. This is thanks to all the many modern conveniences and privileges that we take for granted: running water, a safe place to live, and readily available food.

But the availability of ready-made, prepackaged food may be a cause for concern, as researchers from the University of Adelaide and the South Australian Health and Medical Research Institute (SAHMRI) have found an association between chronic diseases in men and concentrations of potentially harmful chemicals known as phthalates.

Phthalates are a group of chemicals widely used in an array of consumer products, including food packaging, toys, medication, and even medical devices.

In a recent study, phthalates were detected in the urine samples of 99.6 percent of 1,500 men who were aged 35 and over.

“We found that the prevalence of cardiovascular disease, type 2 diabetes, and high blood pressure increased among those men with higher total phthalate levels,” says senior author Zumin Shi, an associate professor at the University of Adelaide’s Adelaide Medical School and a member of the Freemasons Foundation Centre for Men’s Health.

The researchers admit that the exact reasons for this link are not well understood, but the evidence points to phthalates having an impact on the human endocrine system, which is involved in the control and regulation of bodily hormones responsible for growth, metabolism, and sexual development and function.

In addition to the increased incidence of disease found in the male subjects, the rise of inflammatory biomarkers in the body was also observed with higher phthalate levels.

The researchers go on to say that age and Western diets are directly associated with higher concentrations of phthalates, as previous studies have shown that men who ate more processed and packaged foods as opposed to more fruits and vegetables had higher levels of the chemical in their urine.
To ensure their results were as accurate as possible, researchers adjusted for factors such as smoking and alcohol consumption. It is also noteworthy that 82 percent of the men tested were obese or overweight, but when researchers adjusted for this in the study, they found that “the significant association between high levels of phthalates and disease was not substantially altered,” according to Shi.

“While further research is required, reducing environmental phthalates exposure where possible, along with the adoption of healthier lifestyles, may help to reduce the risk of chronic disease,” said Shi.

While the study was only conducted on men, the researchers believe that their findings likely translate to women as well.