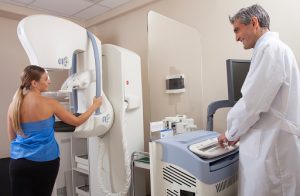 A new study found that overweight or obese women eat a typical Western diet high in sugary and processed foods tend to have denser breast tissue. Researchers suggest this could increase their risk of breast cancer. The study revealed that women on a Western diet were 41 percent more likely to have denser breast tissue, compared to women who ate mainly a Mediterranean-style diet.

The researchers looked at medical records, family and personal health history, and self-reported data about diet from over 3,500 women. The researchers also rated the density of the participants’ breast tissue as seen on a mammogram.

Dr. Stephanie Bernik, chief of surgical oncology at Lenox Hill Hospital, commented, “This very well may be true, but more studies need to be carried out to ensure that there is not a different underlying cause that might be common amongst women with a diet high in fat and processed foods.” Dr. Bernik also noted that these women could be less likely to exercise, which may have also resulted in denser breast tissue.

Dr. Bernik concluded, “Finding the root cause to the mammographic indicator of increased risk for breast cancer is very important.”