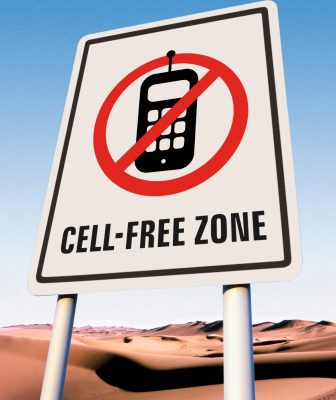 Cell phones are drilled into our heads as a necessary part of everyday life. With all of the advertising campaigns and big box stores trying to entice your business, naturally telecommunications was a good place to start taking jabs when the time came. Most of those jabs came in the way of health concerns. There has been talk, all the way through to old-wives tales that say using your cell phone can cause anything from radiation damage, to brain function issues, and even cancer.

What could be considered a huge breakthrough for people who, like most, are avid users of their cell phones – is that a large review has shown that radiation from mobile phones poses no damage to your health.

Cell Phones and Cancer Risk – Not to Mention Fear of Damage

Considering dozens of other studies have very different results this has some people scratching their heads. The big argument appeared to lie in the apparent dangers in the radio waves. The report by the Health Protection Agency’s (HPA) advisory group said that scientists found no conclusive proof that radio waves from cell phones cause brain damage, radiation damage or cancer. However there was one catch, and that is that the research didn’t go back far enough to count the people who had been using their cell phone for longer than 15 years.

The study was of particular significance because the group of researchers looked at hundreds of other studies on cell phones and their effects on health, which is one of the largest published research studies that looked at so many other resources.

Researchers and experts are quick to say that there are limitations on the study, but evidence does conclude that cell phones show no universal harm if the frequency levels are used within acceptable guidelines. And most commonly manufactured cell phones are perfectly acceptable.

But that does leave one big door open in terms of potential damage. The report went so far as taking some preventative measures in regards to future damage. Researchers are saying that there needs to be a close eye kept on phone manufacturers to make certain that future phones fall within acceptable ranges, and people that have used phones for longer than 15 years are monitored for damage as well.